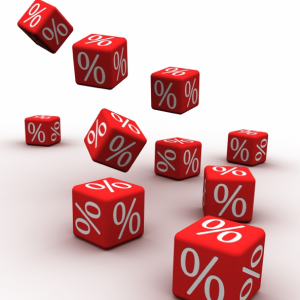 Get a Live Rate Quote without SSN

Since hitting the record lows in first week of October after the Fed announcement, rate has increased albeit slowly. It has been on the back of better than expected economy and employment news. Also, some positive news from Europe has helped in driving down Mortgage Back Securities (MBS) price and thus increasing the mortgage rates.

The bond and mortgage markets have been weak for the past few weeks. Today’s rate increase is additional confirmation that the bond markets are struggling to keep from increasing. At the same time, we are not looking for interest rates to increase much, just that we don’t expect them to decline much either. The Fed’s QE programs should keep rates from increasing, but equally the Fed is pushing the string if expecting interest rates will decline to those lows seen in early October.

If you are shopping for mortgage rates for a home in California (CA), Washington (WA) and Oregon (OR), contact us to see how we offer faster closing and better rates than most of the bigger banks.