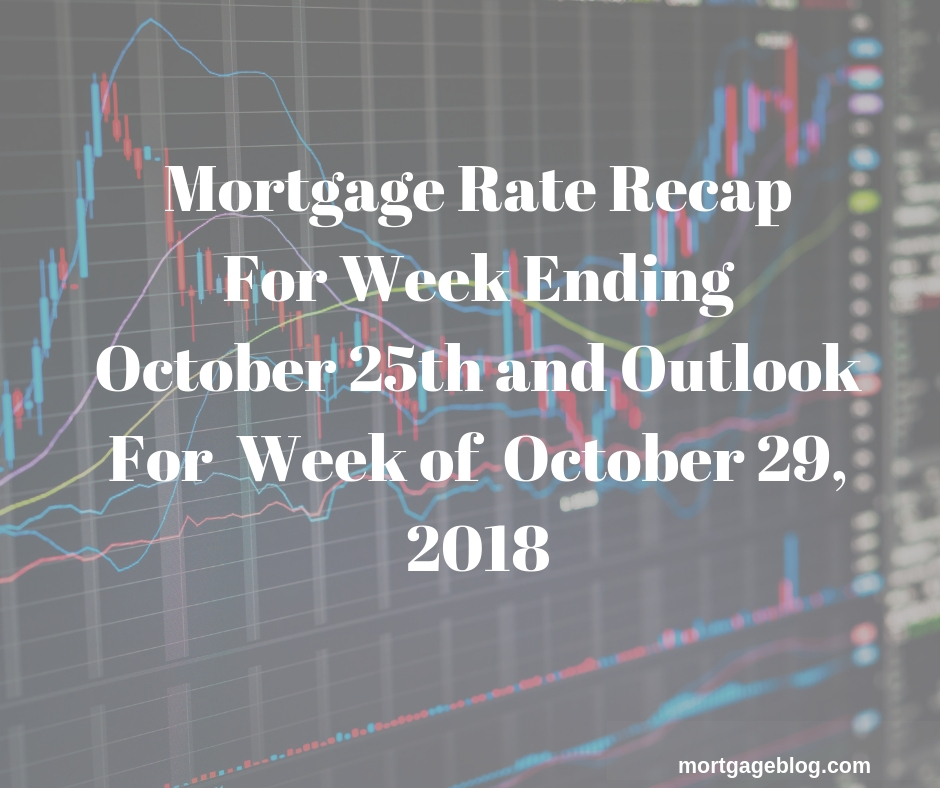 Yesterday the Fed released the Beige Book which contained an even stronger emphasis on the impact of tariffs and labor shortages than the previous two publications. Along with that, all twelve districts in the U.S. said the economy is expanding moderately or at a moderate pace in their region.

The issue of labor shortages isn’t new news, but employers are stepping up their enticements to try and lure potential job candidates, which include job training and no drug testing. They aren’t, however, increasing wage levels but offer non-cash benefits to entice workers.

Pending home sales in September came in at 0.5%, up from -1.9% in August, and that at a time of rising interest rates to levels higher than in 2011. Along with that positive sign, realtors are reporting increases in property listings on the National Association of Realtors (NAR) Multiple Listing Service (MLS). This is the first increase in listings nationally in a long time.

On Friday, October 26th, GDP will be released, and the market is bracing for the number. Analysists believe the numbers would need to be below 3% for interest rates to fall. Market expectations put the figure between 3.3% and 3.9%, which would cause interest rates to increase.

This candlestick chart below covers the past weeks’ Mortgage Backed Securities (MBS) activity and the impact on interest rates. MBS were at 102.35 at the close on Oct 18th and closed trading at 102.44 October 25th. MBS directly impact mortgage rates, and the days with red indicate higher rates and those with green – lower rates. 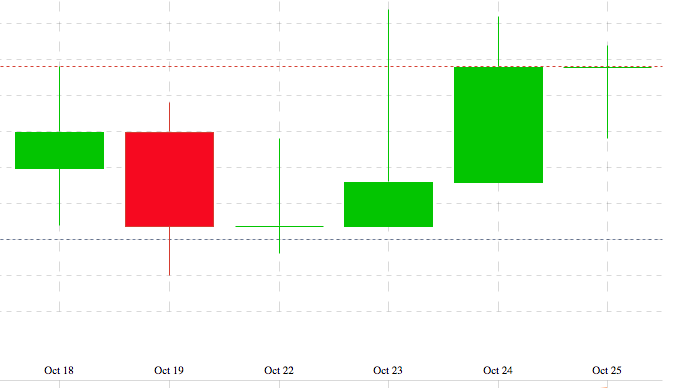 This week’s Mortgage Banking Associations‘ (MBA) weekly rate survey shows effective rates increased for all loan products, with the exception of the 15-year fixed which remained unchanged. The information below applies to all loans with an 80% loan-to-value.

Per the MBA weekly survey: “The average contract interest rate for 30-year fixed-rate mortgages with conforming loan balances ($453,100 or less) increased to its highest level since February 2011, 5.11 percent from 5.10 percent, with points decreasing to 0.52 from 0.55 (including the origination fee.)”

“The average contract interest rate for 30-year fixed-rate mortgages with jumbo loan balances (greater than $453,100) increased to 5.01 percent from 4.98 percent, with points decreasing to 0.28 from 0.34 (including the origination fee.)”

“The average contract interest rate for 15-year fixed-rate mortgages remained unchanged at 4.50 percent, with points increasing to 0.55 from 0.54 (including the origination fee.)”

My prediction is that rates will drop this week, as quoted in the Bankrate report, “Mortgage rates will drop. After a steep jump at the beginning of the month, mortgage rates have settled down in the last two weeks. Stock markets have been volatile, corporate earnings not quite what the market expected, and the yield on the U.S. 10-year Treasury has fallen a tad. All of these factors should help the demand for mortgage-backed securities, which consequently, should result in lower mortgage rates for the borrowers.”

The chart below, from Freddie Mac’s weekly mortgage survey, shows conforming rates had a very slight increase for the week of October 18th to October 25th, for 30Y fixed and 15Y fixed. 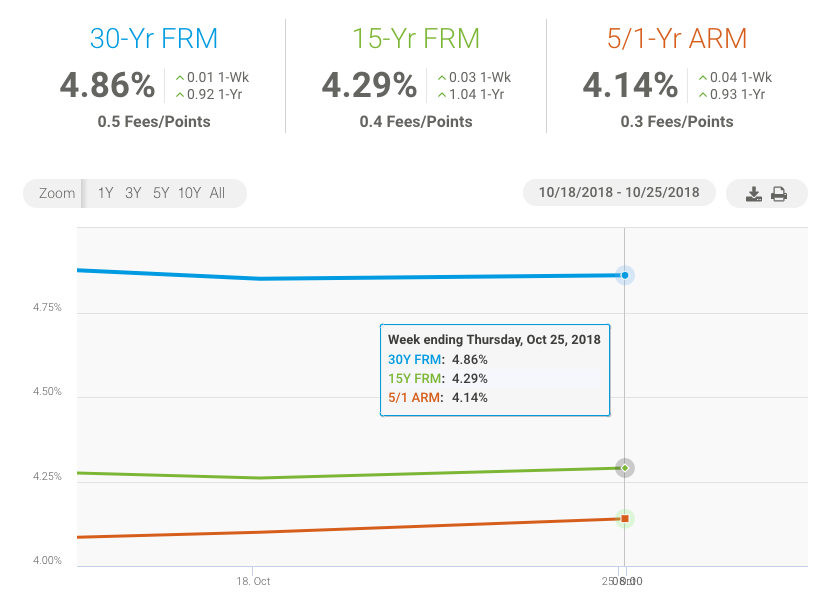 Freddie Mac’s weekly mortgage survey noted, “Despite volatility in the stock market, the 30-year fixed-rate mortgage inched forward just 1 basis point to 4.86 percent this week. We expect rates to continue to rise, which will put downward pressure on homebuying activity. While higher borrowing costs will keep some people out of the market, buyers with more flexibility could take advantage of the decreased competition.“

No question locking in an interest rate now, ahead of tomorrow’s GDP release, is the best advice. At the same time, the majority of mortgage professionals surveyed believe rates will fall next week. If rates decrease, you can expect the difference to be small enough to make floating risky.