This week’s news has had little impact on mortgage rates.  Trade war concerns shifted from steel and aluminum tariffs to China’s history of piracy issues in technology and intellectual property.

The majority of the media commentary is around the appointment of Larry Kudlow as White House economic advisor. Kudlow has a pro-growth, anti-tariff, pro-tax-cuts stance, and those are negatives for long bonds (which directly impact mortgage rates).

The elephant in the room is the Senate’s passing a bipartisan bill relaxing restrictions placed on the banking industry via the 2010 Dodd-Frank Act.  The new bill includes changes that will ultimately put “frozen capital back into circulation in lending. But that ‘frozen capital’ has kept mortgage rates artificially low.  Now banks will operate in more of a free-market capacity, with mortgage-backed securities going back to a ‘supply and demand’ market down the road.

Get a Live Rate Quote for Home Purchase or Refinance 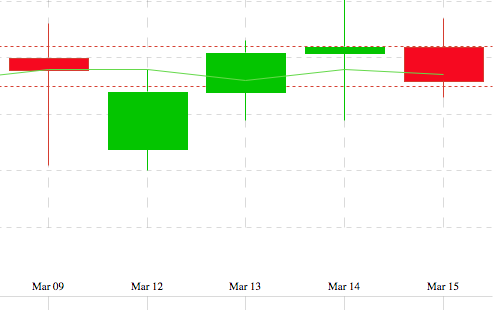 “The average contract interest rate for 30-year fixed-rate mortgages with jumbo loan balances (greater than $453,100) decreased to 4.55 percent from 4.56 percent, with points decreasing to 0.33 from 0.52 (including the origination fee) for 80 percent LTV loans. The effective rate decreased from last week.”

“The average contract interest rate for 15-year fixed-rate mortgages decreased to 4.07 percent from 4.11 percent, with points decreasing to 0.46 from 0.64 (including the origination fee) for 80 percent LTV loans. The effective rate decreased from last week.”

Get a Rate Quote Customized for your Scenario

Weekly mortgage rates and trends from Bankrate, a compilation of mortgage and economic experts across the country, shows a majority prediction (60%) that rates will remain relatively unchanged this coming week (plus or minus two basis points). 40% predicted rates would fall and 0% predicted they would increase. 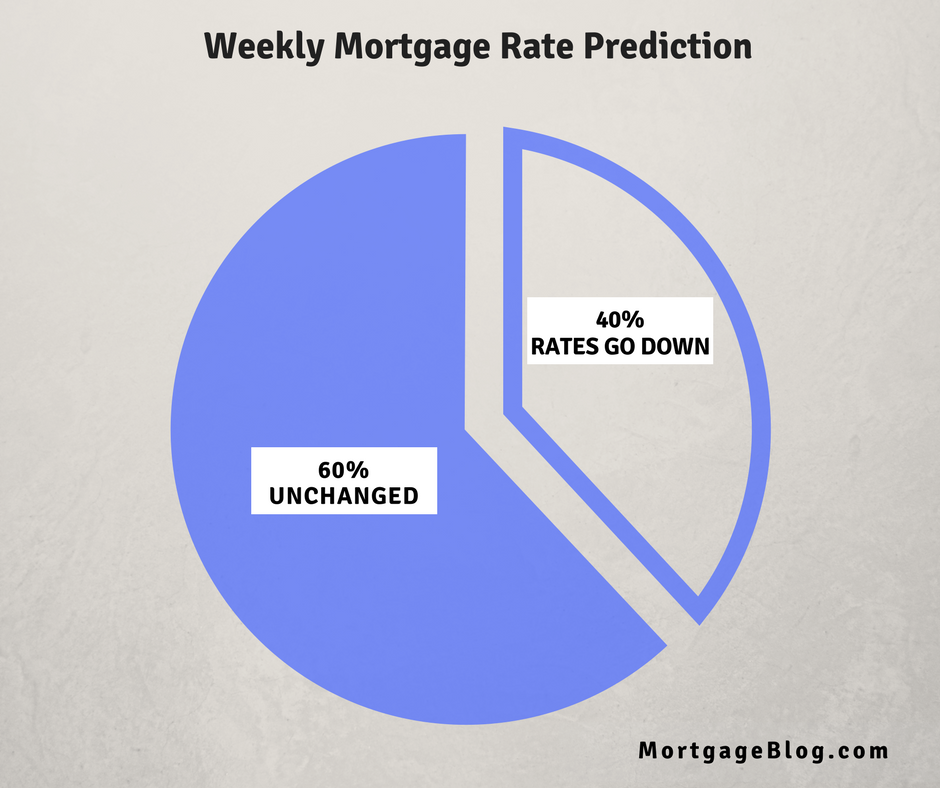 My prediction for rates this week, as quoted in the Bankrate report, “This is the third week in a row I am predicting that the mortgage rates won’t change much. The rates went up too quickly at the beginning of the year and are now simply taking a pause. Mortgage Backed Securities, the trading of which directly influences the rate, seems to be agnostic even to big personnel changes in the White House and Britain’s action against Russia. It would take something even more dramatic and unexpected for the mortgage rates to move by a big margin either way (up or down).”

Get a Rate Quote for your Next Mortgage

Float cautiously in the short term (10-15 days). The markets see a rate hike as a foregone conclusion from the Fed meeting on 3/21, but once the commentary from the meeting is public, markets may show some volatility. I recommend locking if you are closing in the next 30 days.

How to become a better Mortgage Rate Shopper?