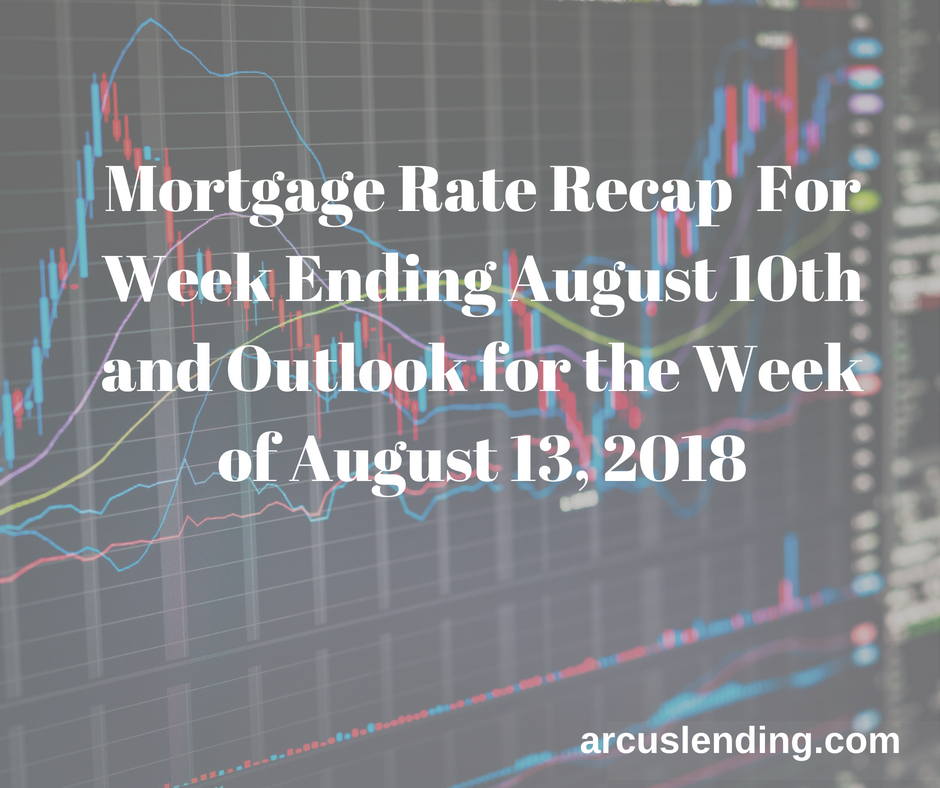 August continues to deliver the same doldrums in economic markets that have been present the past three months. Most economic data continues to come in at expectation, producing little effect on the markets. Inflation is coming in at 2.7% year over year, which is above the Feds target rate of 2%. Expect to see inflation beginning to increase noticeably as trade tariffs start to impact consumer prices.

Jobs continue to be a strong point in the US economic data points, with jobless claims at an adjusted 45 year low. Wages are not showing significant growth, even with employment levels at a record high.

Overall, look for the market to continue meandering in the same pattern for the immediate future.

This candlestick chart below covers the past week’s Mortgage Backed Securities (MBS) activity and the impact on interest rates. MBS started the week at 101.72 and closed out the week at 101.75, virtually unchanged as seen in this chart. MBS directly impact mortgage rates, and the days with red indicate higher rates and those with green – lower rates. 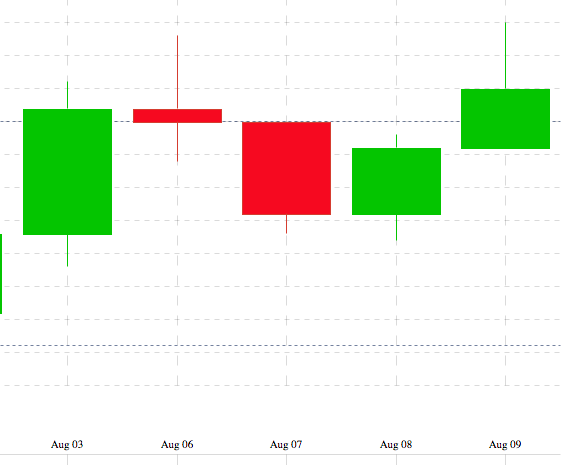 This week’s Mortgage Banking Associations‘ (MBA) weekly rate survey shows effective rates decreased slightly for all loan products, with the exception of the 30-year fixed products. Conforming 30-year fixed remained unchanged and the Jumbo 30-year fixed decreased in rate with an increase in points, so the effective rate is the same as in the previous week. The information below applies to all loans with an 80% loan-to-value.

Per the MBA weekly survey: “The average contract interest rate for 30-year fixed-rate mortgages with conforming loan balances ($453,100 or less) remained unchanged at 4.84 percent, with points remaining unchanged at 0.45 (including the origination fee.)”

“The average contract interest rate for 30-year fixed-rate mortgages with jumbo loan balances (greater than $453,100) decreased to 4.74 percent from 4.76 percent, with points increasing to 0.39 from 0.37 (including the origination fee.)”

“The average contract interest rate for 15-year fixed-rate mortgages decreased to 4.26 percent from 4.29 percent, with points decreasing to 0.48 from 0.53 (including the origination fee)”

“The average contract interest rate for 5/1 ARMs decreased to 4.07 percent from 4.17 percent, with points increasing to 0.42 from 0.32 (including the origination fee).”

Get rate quote for Home Purchase or Refinance

Mortgage Rates Outlook for the Next Week

Bankrate’s weekly survey of mortgage and economic experts, countrywide, shows the majority (54%) predicting interest rates will remain unchanged this coming week (plus or minus two basis points), while 18% predicting rates will increase and 27% expect interest rates to fall next week.

My prediction is that rates will remain unchanged in the coming week, as quoted in the Bankrate report, “Mortgage rates have climbed higher in the last three weeks. However, the change has been insignificant for borrowers to notice. This week shouldn’t be any different. The continuing talk of the trade war has had little to no impact on mortgage bonds. Having said that, higher-than-expected inflation numbers can push the rates higher.” 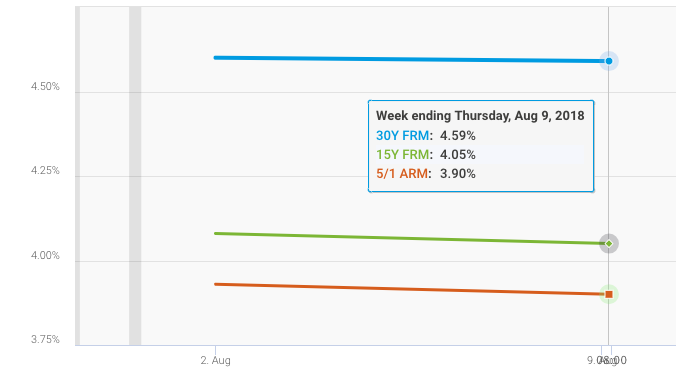 This stability is much needed for home sales, which have crested because of the multi-year run-up in prices, tight affordable inventory and this year’s higher rates. Going forward, the strong economy will support the housing market, but with affordability pressures mounting, further spikes in mortgage rates will lead to continued softening in home price growth.

There continues to be a steady rate of job creation, but as we’ve seen throughout most of this economic expansion, wage growth is not meaningfully increasing above inflation. With home prices still climbing and mortgage rates up from 3.90 percent a year ago, some prospective buyers are definitely feeling an affordability crunch.”

As can be seen in the candlestick chart, rates started and ended the week in the same place. However, floating during the past week would have caused concern as the rates did dip down slightly before regaining ground. Week over week throughout the summer this has been the story. Floating has provided absolutely no upside and the outlook appears to remain in this pattern for the foreseeable future. Best advice is to lock in a rate if you are planning to close within the next 60 days.

Get a Personalized Mortgage Rate Quote