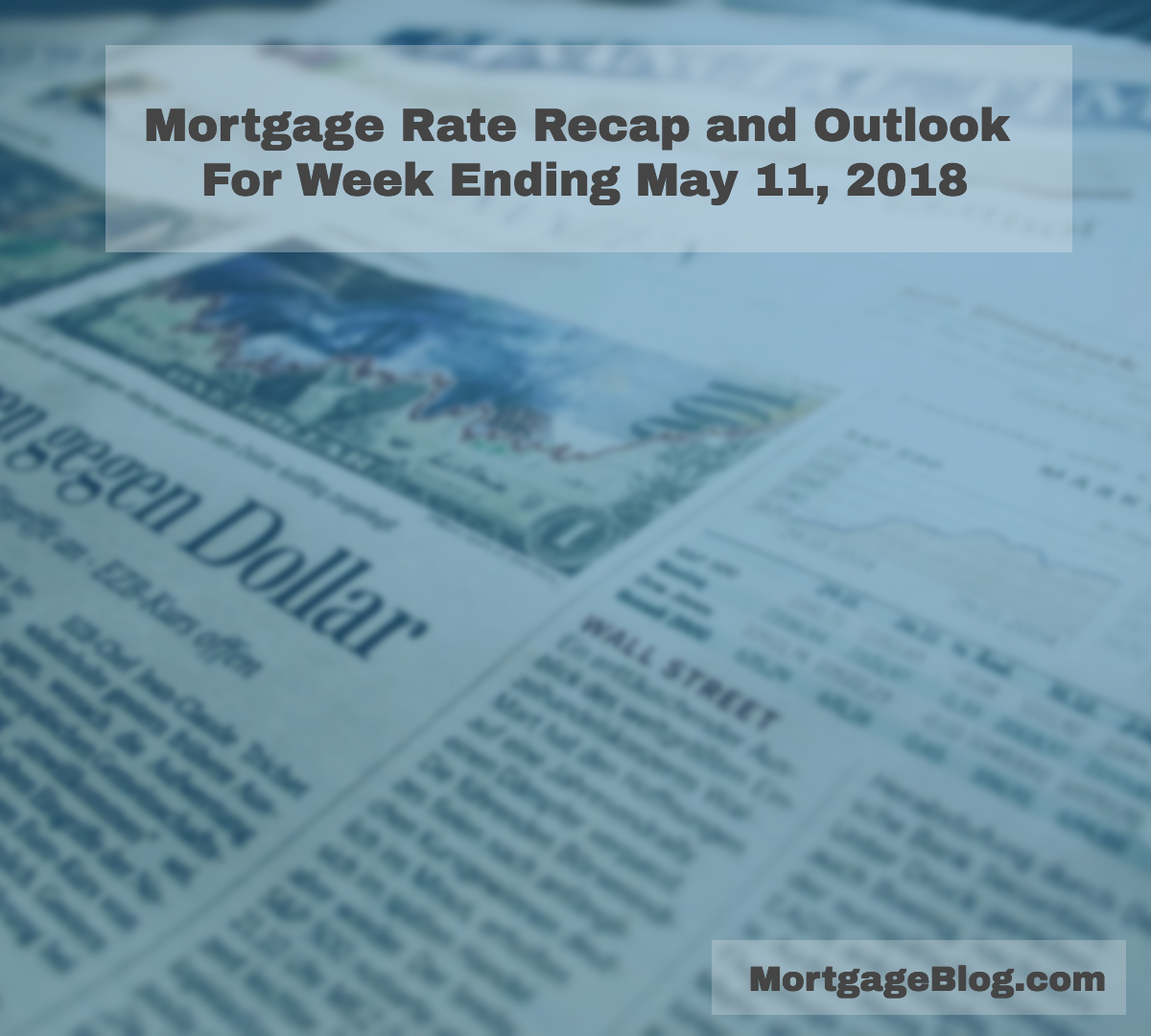 Most of the economic data released this week has been in line with predictions and expectations resulting in a little to no impact on the long-term bond market, which has a direct effect on mortgage rates. Mortgage Backed Securities (MBS) reacted negatively yesterday to two factors: oil moving above $71/barrel, and a slight reduction in geopolitical concerns.  It remains to be seen what will unfold with Iran, but with Wednesday’s announcement, the market has moved on and to a positive reaction in the scheduling of the North Korea talks.

The bigger picture for MBS and mortgage rates are still focused on jobs. Jobless claims remained at the same level for the past few weeks – at a 49 year low. This inflationary data, combined with concerns about future tariff wars, has replaced the optimism at the beginning of the year from tax policy reform. Nothing in the markets, at home or globally, signals a drop in mortgage rates anytime soon.

Per the MBA weekly survey: “The average contract interest rate for 30-year fixed-rate mortgages with conforming loan balances ($453,100 or less) decreased to 4.78 percent from 4.80 percent, with points decreasing to 0.50 from 0.53 (including the origination fee.) ”

“The average contract interest rate for 30-year fixed-rate mortgages with jumbo loan balances (greater than $453,100) decreased to 4.65 percent from 4.69 percent, with points decreasing to 0.36 from 0.42 (including the origination fee.)”

“The average contract interest rate for 15-year fixed-rate mortgages decreased to 4.20 percent from 4.21 percent, with points decreasing to 0.48 from 0.49 (including the origination fee.)”

“The average contract interest rate for 5/1 ARMs decreased to 4.00 percent from 4.03 percent, with points decreasing to 0.43 from 0.44 (including the origination fee.)”

Bankrate’s weekly survey of mortgage and economic experts, countrywide, shows a majority (64%) predicting interest rates will increase this coming week (plus or minus two basis points), while 36% see rates remaining unchanged, and 0% see them falling next week.

The chart below, from Freddie Mac, shows conforming rates gradually increasing from April 1st through May 7th, for 30 Year- Fixed, 15 Year-Fixed and the 5/1 ARM.

My prediction for rates this week, as quoted in the Bankrate report, “In the last day or two, market sentiments on long-term bonds have turned even more bearish. The pricing of long-term bonds has a direct impact on mortgage rates that the borrowers get. Usually, uncertain geopolitical situations help with long-term bonds’ demands since those are safer instruments to invest in. But with Iran announcement out of the window and North Korea looking up, that’s not going to be the case anytime soon. With nothing to resist the bearish market mood, mortgage rates might just see another week of an uptick.”

Get Today’s Mortgage Rate Quote for Home Purchase or Refinance

Recommend locking in a rate now if you’re closing in the next 30-45 days. The majority of lenders believe interest rates are going to increase in the short term or, at best, remain unchanged. Given mild inflation globally it may seem like a drop in rates could be coming. However, the markets are bearish for the foreseeable future.