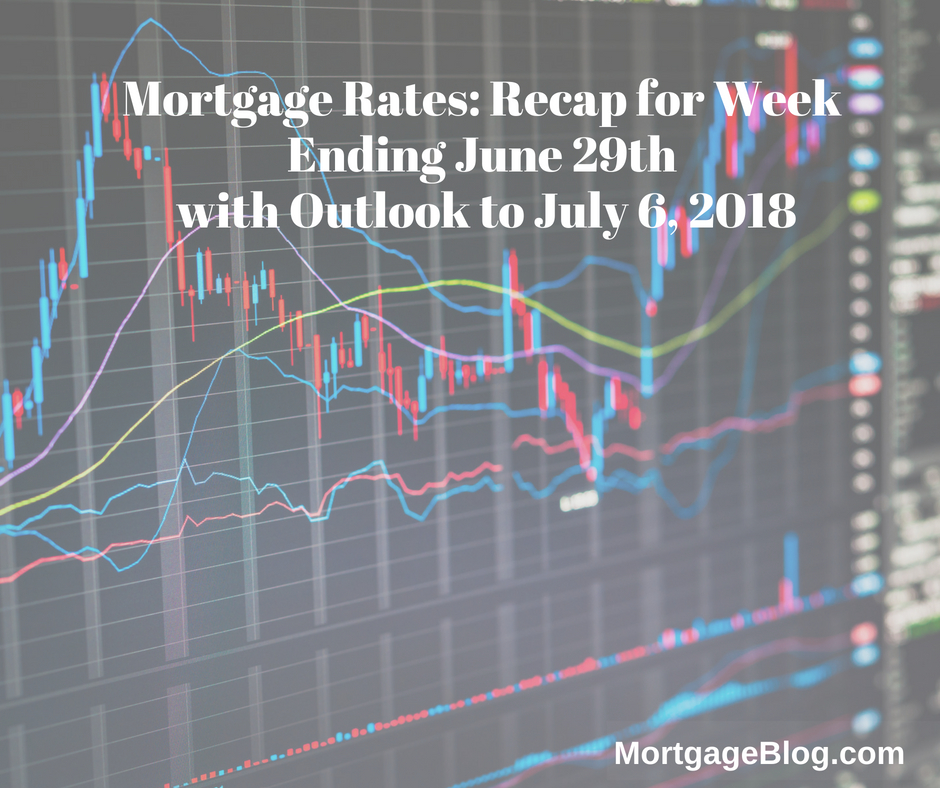 It’s tempting to take a risk and not lock in an interest rate when you see mortgage rates decline even by a small amount. This is not the week to give in to that temptation. The bond market, which directly impacts mortgage rates, is watching some potentially intense situations unfold globally and these situations could mean a reduction in interest rates if it weren’t for one thing: technicals.  What does that even mean?

First, let’s look at the two leading global situations that have the bond markets’ attention. The first is the EU Summit that begins today, where leaders will grapple with Brexit and the economic impact of the significant immigration problem the ‘border countries’are facing. The result is a Budget overhaul to reallocate funds to assist those border countries experiencing the full impact of the immigrant wave.

The second global situation potentially impacting the bond market is the ongoing talk of Trade Wars. The speculation on what impact the increased cost of goods will have on the US economy brings uncertainty to the markets, and uncertainty is good for bonds. Global investors see the US bond market as a haven when things get a bit tumultuous economically.

All this uncertainty might signal further decreases in rates if not for the technicals bond traders watch. Minus the global issues mentioned above, the markets would typically sell off based on the existing technicals. What can you expect with the combination of all of these factors? It all depends on how each of these issues unfolds, and the fact that next week is a major US holiday.

This candlestick chart below covers the past weeks’ Mortgage Backed Securities (MBS) activity and the impact on interest rates. Overall, rates improved slightly, as seen in the candlestick chart. MBS directly impact mortgage rates, and the days with red indicate higher rates and those with green – lower rates. 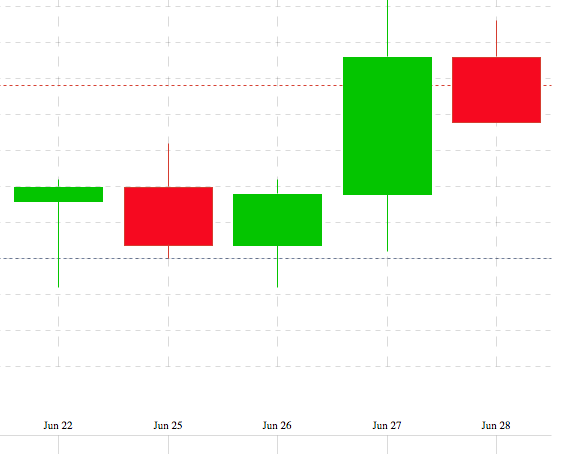 Per the MBA weekly survey: “The average contract interest rate for 30-year fixed-rate mortgages with conforming loan balances ($453,100 or less) increased to 4.84 percent from 4.83 percent, with points decreasing to 0.42 from 0.48 (including the origination fee.)”

“The average contract interest rate for 30-year fixed-rate mortgages with jumbo loan balances (greater than $453,100) decreased to 4.70 percent from 4.79 percent, with points decreasing to 0.26 from 0.36 (including the origination fee.)”

“The average contract interest rate for 15-year fixed-rate mortgages increased to 4.29 percent from 4.27 percent, with points decreasing to 0.40 from 0.53 (including the origination fee.)”

Get a Live Mortgage Rate Quote for Home Purchase or Refinance

Bankrate’s weekly survey of mortgage and economic experts, countrywide, shows the majority split with 38% predicting interest rates will fall this coming week (plus or minus two basis points), and 38% predicting they will remain at their current levels. The remaining 23%, however, expect interest rates to increase next week.

My prediction is that rates will fall this week, as quoted in the Bankrate report, “We are in for a turbulent week with tariff talks, the European Union Summit and the U.S. Treasury’s auction. Volatility and uncertainty could prompt the investors to move the money into bonds, which are considered a safer instrument. Mortgage-backed securities should benefit from that, thus lowering the rate to borrowers.”

The chart below, from Freddie Mac’s weekly mortgage survey, shows conforming rates either decreased slightly over the last week, June 22nd to June 28th, for 30Y fixed, 15Y fixed and the 5/1 ARM.

Freddie Mac’s weekly mortgage survey noted, “Mortgage rates declined over the past week and have now retreated in four of the past five weeks.

The decrease in borrowing costs is a nice slice of relief for prospective buyers looking to get into the market this summer. Some are undoubtedly feeling the affordability hit from swift price appreciation and mortgage rates that are still 67 basis points higher than this week a year ago.

As highlighted in our June Forecast, the economy and housing market overall are on solid footing this summer, which should support continued strength in housing demand. Home price growth is still high but is expected to moderate, and while sales activity has slowed, it’s primarily because of stubbornly low supply.

Floating into the 4th of July holiday is a risky move if you’re planning on closing a loan in the next 15-30 days. The global uncertainty could guide investors to park their funds in the safety of our bond market, moving rates down a bit.  Or maybe the technicals will rule the day? The bottom line – floating is a gamble that may pay off with a small decrease over current rates.