According to Mortgage Banker Association weekly survey,  30-year fixed-rate mortgages with conforming loan balances ($453,100 or less) increased to its highest level since April 2014, 4.50 percent, from 4.41 percent, with points increasing to 0.57 from 0.56.

The average contract interest rate for 30-year fixed-rate mortgages backed by the FHA increased to 4.47 percent from 4.40 percent, with points increasing to 0.69 from 0.68. 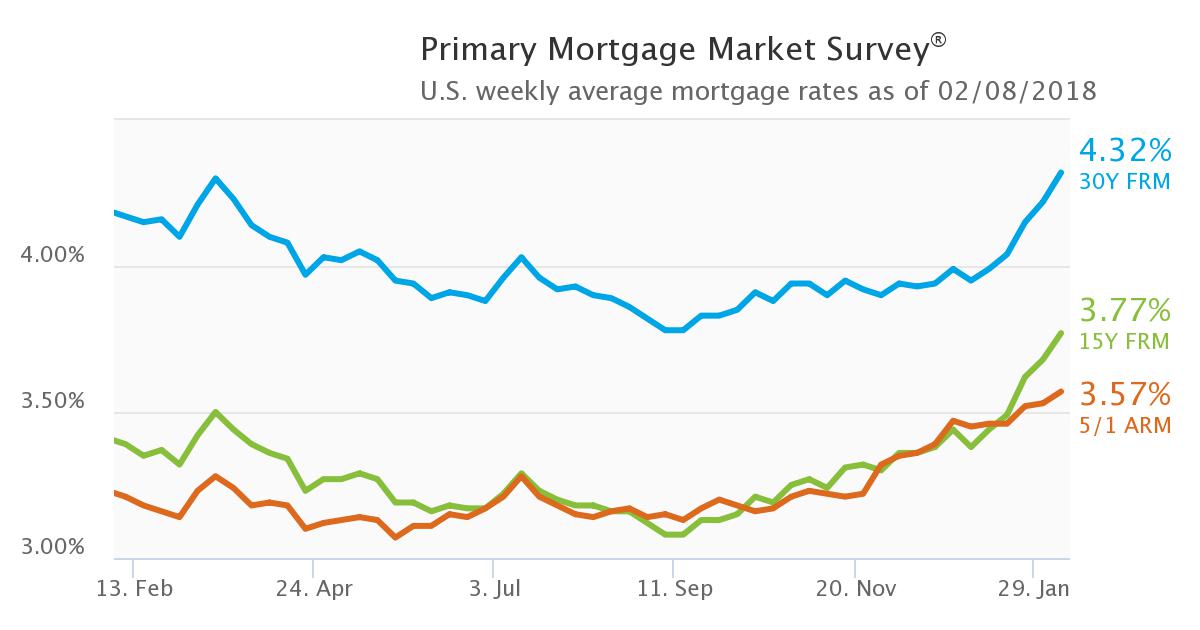 What is causing the mortgage rate spike?

MBS is kind of a bond that gets traded on Wall-Street just like stocks. When MBS go lower in price, mortgage rates to borrowers like you go up.

MBS has been bleeding this year. See the chart below. Reds are the days when they dropped in price thus increasing the mortgage rates. The bigger the red candlestick, the higher the mortgage rate for that day.

You will see greens (which are the days when the rates go down) are few and far between. 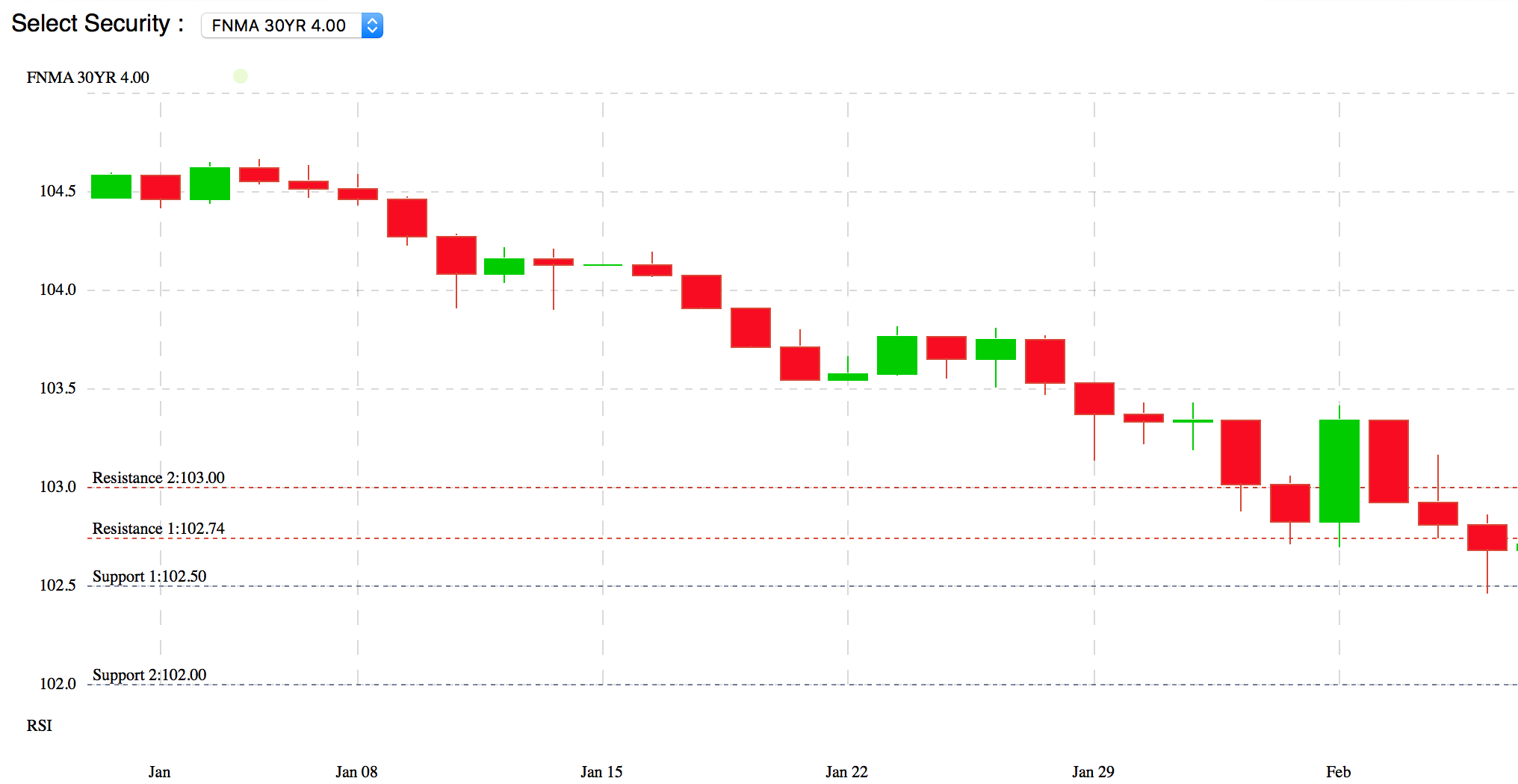 What is the outlook for mortgage rates?

As I said, nothing is going for the rates right now. If anything, the trend points to even higher rates in the coming days and weeks.

Whether you are considering to refinance or purchase a home, moving quickly and locking your interest rate will most likely be a good move at this time.

Get a Mortgage Rate Quote for Refinance or Home Purchase