The big news dominating financial markets right now is split between the continued improvement in employment numbers and the potential impact of the pending Tariffs on steel and aluminum. So far this year, most economic releases have met or exceeded predictions, proving that the economy is growing. But right now – the focus of the markets is on speculation about a potential global trade war when the tariff bill is signed by President Trump.

As far as the upcoming Fed meeting, markets have already absorbed the effect of the pending rate increase. The Beige Book was released today, a compilation of all 12 Fed districts views on the current economic health of the individual regions. The San Francisco (12th District) reported economic growth at a moderate pace with strong activity in the residential real estate sector. Read the full Beige Book report here.

Mortgage Backed Securities (MBS) that directly impacts the mortgage rates remained mostly stable last week as evidenced by the candlestick chart below. The days of red indicates higher rates and days with green a day of lower rates. 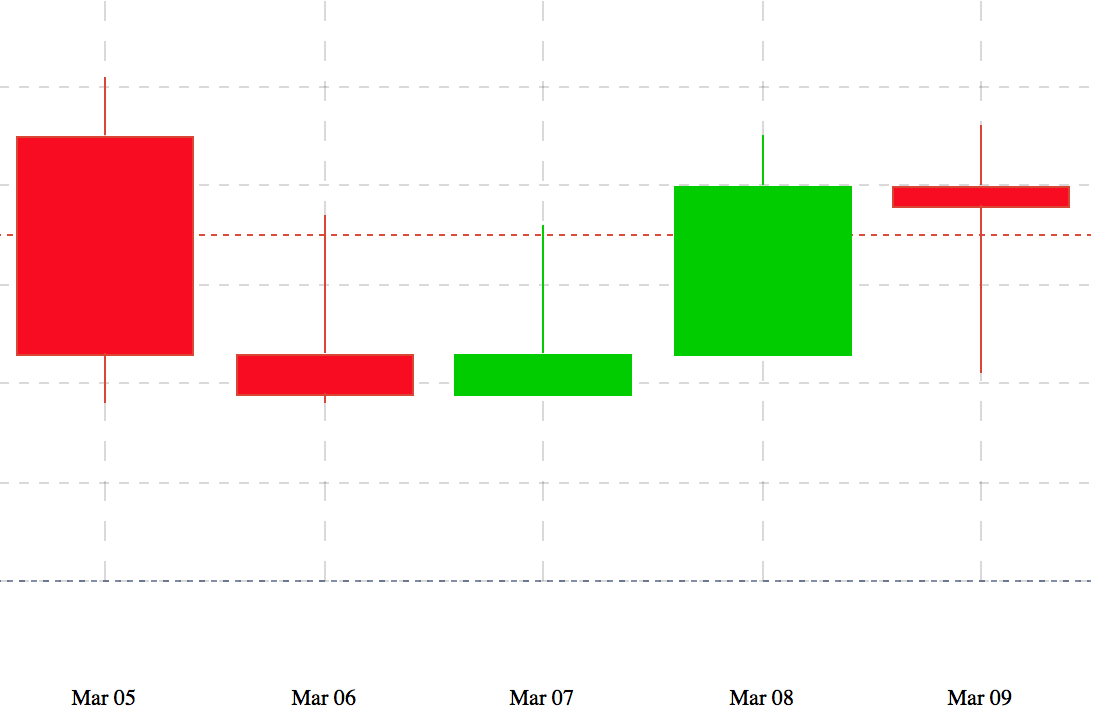 “The average contract interest rate for 30-year fixed-rate mortgages with jumbo loan balances (greater than $453,100) decreased to 4.56 percent from 4.57 percent last week, with points increasing to 0.52 from 0.51 (including the origination fee) for 80 percent LTV loans.”

Prediction for Next Week’s Mortgage Rate

Weekly mortgage rates and trends from Bankrate, a compilation of mortgage and economic experts across the country, shows a majority prediction (50%) that rates will remain unchanged this coming week. 19% predicted rates would fall and 31% predicted they would increase. 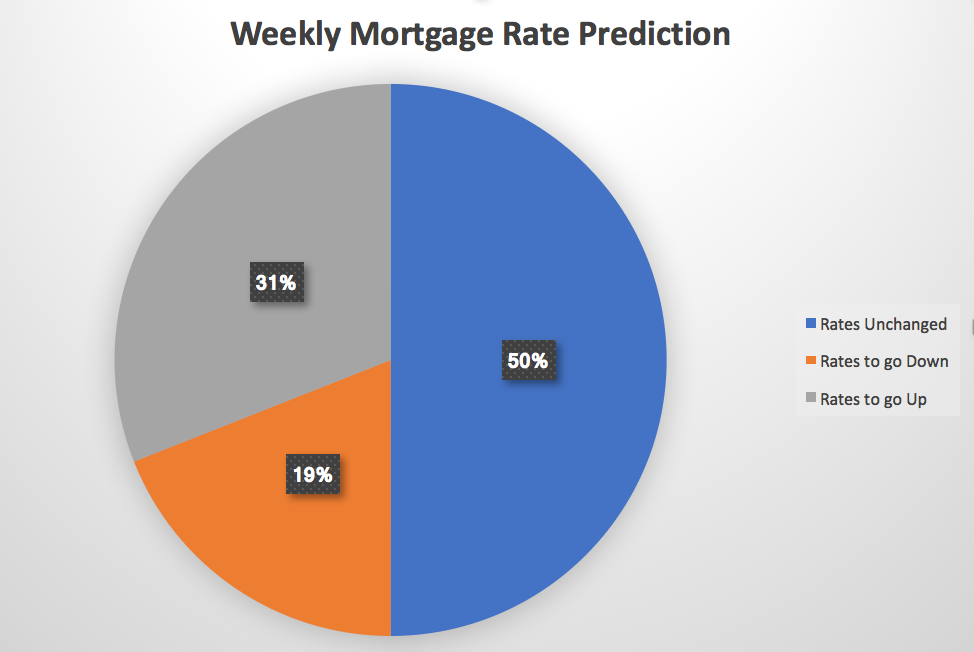 My prediction for rates, as quoted in the Bankrate report, “After rising to a four-year high, the mortgage rates have taken a pause for the last two weeks. The market is moving sideways until the next big news breaks. That could well be the steel and aluminum tariffs. It’s not official yet, but if it is made official in the coming weeks, it could hurt the economy, which might help lower the mortgage rates. Remember, bad news for the economy is usually good news for rates, and vice-a-versa. As of now, expect the rates to stay where they are with very little movement.”

Should I Lock or Float my Mortgage Rate?

The overall outlook for the past week focused on stabled growth in the economy with concern over impending wage inflation and potential global trade wars. My recommendation is locking in your interest if you are closing in the next 45 days.