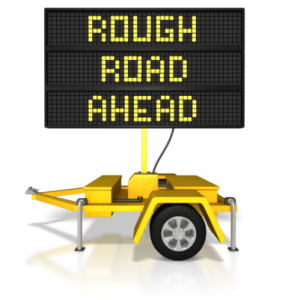 Mortgage Rates have skyrocketed to their highest levels since August 2012, prompting some banks to increase the rate to 4% and beyond. On Friday, MBS (the mortgage backed securities that directly influence mortgage rates) tanked 62 basis points. That came after 26 basis points drop on Thursday. More bad news continued on Monday when long-term rate-indicative 10-year Treasury note yields touched 2 percent for the first time since April 2012.

When MBS prices are falling, that means investors are paying less for mortgages. This causes closing costs, rates, or both to move higher. Since the beginning of the year mortgage rates by certain banks are up .375%.

I shopped the top four big banks on Monday morning and per their published rates on website – Bank of America and Citi Mortgage were advertising an APR over 4%, while Wells Fargo and Chase were just under 4%. Even Quicken Loans, #1 online lender published an APR of 3.818% with 1.5 points. All these rates are for 30 Year Fixed mortgage with conforming balance. High Balance loans (>$417,000) usually carry interest rates higher by .125% to .25% compared to loans with balances under $417,000.

We at Arcus Lending, have made rate shopping extremely easy for you. At one place you can compare mortgage rates from all four big banks.

The outlook doesn’t seem bright. It’s going to be volatile, aptly summed by William O Donnell, head U.S. government-bond strategist in Stamford, Connecticut, at Royal Bank of Scotland’s RBS Securities unit, who said – “The Treasury market is trading like a beach ball you just can’t hold rates down, they keep jumping back up.

I don’t see rates improving from here. I would say best case scenario they would remain stable. On the flip side, it could worsen further by an .125% to .25%. Lock your rate on the day when market improves. Since you may not be able to track MBS on a daily basis, work with a loan officer who does. Floating (keeping your rate unlocked) not recommended if you are closing your loan in next 2-3 weeks.

Get a Customized Mortgage Rate Now