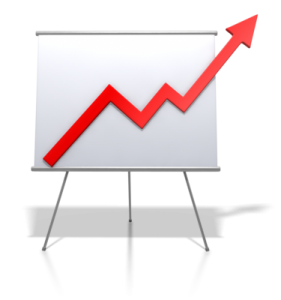 Mortgage rates continue its relentless rise. After reaching historical lows at the end of April, the rates have increased for 7th straight week.

Today’s statement by Fed chairman Ben Bernanke further worsened the market. By end of the day, rates were at a 18 months high with outlook of more worsening in sight.

Mortgage rates rise and fall based on how mortgage backed securities (MBS) trade on Wall Street. After Bernanke’s statement the MBS went down by a whopping 120 basis points – one of the largest single day drop in recent times. A drop is MBS means higher interest rates.

Get a Live Rate Quote for Refinance or Home Purchase

Over last few years MBS prices have remained high (and hence mortgage rates lower) because of the Fed’s bond purchase program. As part of this program Fed buys MBS every month. One of the reasons for the rate increase in last few weeks has been investor’s concern that the Fed may be ending that program soon.

During Bernanke’s press conference, his comments indicated that the conditions for ending the bond purchase program are closer to being met. The Fed’s forecast for economic growth and the level of unemployment have improved. He even went so far as to say that if interest rates increase “for the right reasons” it is a “good thing.” Bernanke further elaborated that the appropriate reasons for rates to rise include an improved economic outlook and proper expectations for Fed policy.

Earlier today Mortgage Bankers Association (MBA) released it weekly mortgage rate survey. This was before the mayhem caused by Bernanke’s statement. By the end of the day, the rates were .125% higher than the reported rate noted below.