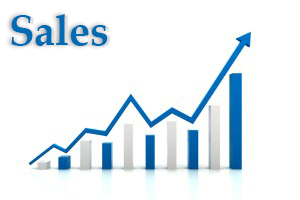 Following three straight months of gains, existing–home sales dipped in August despite slowing price growth and a positive turnaround in the share of sales to first–time buyers, according to theNational Association of Realtors®.

Total existing–home sales fell 4.8 percent to a seasonally adjusted annual rate of 5.31 million in August from a slight downward revision of 5.58 million in July. Despite last month’s decline, sales have risen year–over–year for 11 consecutive months and are 6.2 percent above a year ago (5.00 million).

“Sales activity was down in many parts of the country last month — especially in the South and West — as the persistent summer theme of tight inventory levels likely deterred some buyers,” he said. “The good news for the housing market is that price appreciation the last two months has started to moderate from the unhealthier rate of growth seen earlier this year.”

That is good news for home sellers, but many of those sellers will also be buyers once they sell and inventory issues continue to plague the housing market.

Total housing inventory at the end of August rose 1.3 percent to 2.29 million existing homes available for sale, but is 1.7 percent lower than a year ago (2.33 million).

“With sales and overall demand higher than a year ago and supply mostly unchanged, low inventories will likely continue to limit options for those looking to buy this fall even with the overall pool of buyers shrinking because of seasonal factors,” adds Yun.

GET A RATE QUOTE

The inability to create sufficient inventory continues to dog the US housing market. Perhaps homebuilders are simply cautious after their experience during the Great Recession? More likely is that the US simply lacks the skilled workforce required to build the new housing units needed to meet demand.

It may be a combination of both lack of skilled labor and hesitant home builders.

That is good news. The housing market needs Millennials to end their hesitancy to buy and it also needs Boomers who got burned during the Great Recession to re-enter the market.

Technically, homebuyers that have been out the market for more than 3 years are considered first-time buyers again. That means the rebound buyers, or “boomerang buyers” as they are sometimes called, affect the first-time buyer statistics.

The other good news is that homeowners who purchased just before the crash likely now have homes at or above their purchase price. Home prices in July were 5.3 percent higher than July of 2014 and are now just 5.5 percent below their peak from June of 2006.

After rising through most of the spring, mortgage rates came down slightly in August. While great mortgage rates help the issue plaguing many markets, affordability, they continue to be offset by price increases due to lack of inventory.

Other factors weighing on the market include the potential for higher rates, but also an inept government.

“The possibility of a government shutdown and any ongoing instability in the equity markets could cause some households to put off buying for the time being,”  Yun stated in a release.

“Furthermore, adapting to the changes being implemented next month in the mortgage closing process could delay some sales.”

The ineptitude of Congress is almost not newsworthy at this point. That said, the looming changes to mortgage disclosure rules, while needed and likely helpful to consumers, could cause some slowdown in how mortgages will close.

No region offers great news for existing home sales, unless you are a potential seller.

These numbers make it pretty clear that inventory – not the overall housing market – is the biggest issue. Every region saw a decline in home sales, but also saw home price increases.
If you are planning on selling you should see opportunity in those numbers.