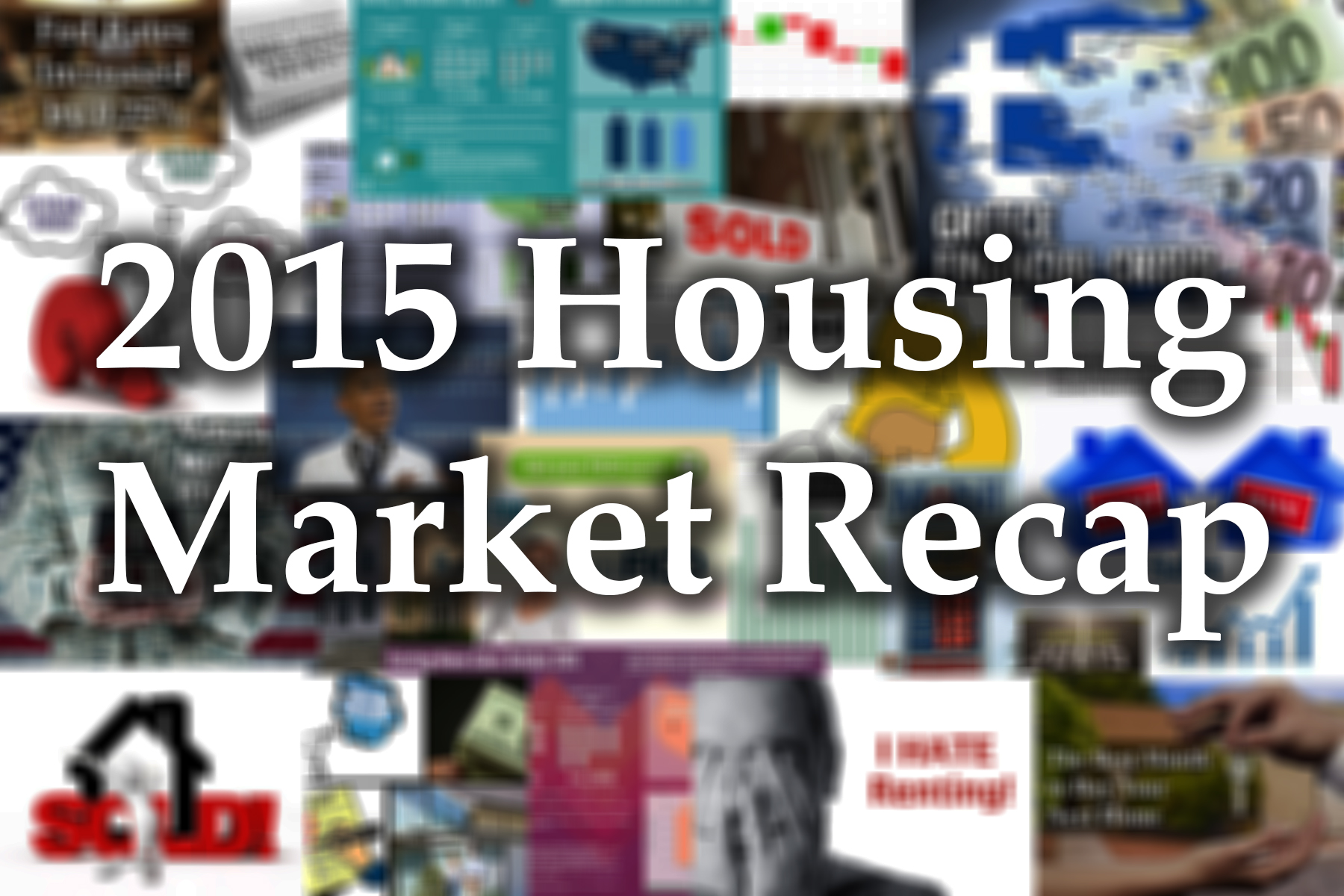 It was an eventful year in the housing market.

The post-crash hangover still lingers in some markets, but many have completely shrugged of the funk of the Great Recession.

Build baby build is the tune that most of California is singing as inventory continues to dog housing markets statewide. The lack of available units – either for sale or rent – is straining affordability in many places across the United States, but especially in California.

Nearly a million U.S. homeowners came up from underwater on their home loans in the third quarter alone. That’s a great sign for those that have been stuck in their home up-side down and outside of luck.

The nation’s overall negative home equity rate fell to 13.4 percent of homeowners with a mortgage according to Seattle-based Zillow. That’s a solid improvement from the 16.9 percent a year ago.

Historically, the typical negative equity rate is lower than 5 percent.

Americans ages 24 to 35 accounted for 30 percent of the existing home sales market in 2015, according to National Association of Realtors data. That is higher than the past few years, but still short of the normal level of 35-36%

BUT – The share of first-time buyers fell to the lowest level in nearly three decades, just 32 percent of all purchases, according to NAR.

Why is the market still lacking in first-time buyers? Lacking in Millennial buyers?

Student loan debt is killing those demographics. More than half of those citing debt as the reason they did not buy pointed to student-loan debt directly.

Homeownership rates rest at their lowest level in more than 50 years – 63.4 percent.

All of that adds up to a rental market that is problematic at best and downright worrisome at worst.

There are now 9 million more renters than there were just a decade ago, the biggest jump in renters on record, and they are paying more for rent than ever before.

Of the nation’s now 43 million families and individuals who rent, 1 in 5 are considered “cost-burdened,” or paying more than 30 percent of their incomes on rent, according to a new study by the Harvard Joint Center for Housing Studies.

A significant number pay half their incomes toward rent. It is tough to get ahead when you can barely pay your rent. These severely cost-burdened renters jump to 11.4 million in 2015. That’s an increase of almost 4 million in less than a decade.

Approximately 49 percent of renters are cost-burdened, 26 percent falling in the classification of “severe”. That is an issue that needs to be addressed quickly with more affordable rental (or purchase) units.

Despite a recent boom in apartment construction and a 35 percent jump in the number of single-family rental homes since the housing crash – it is not enough.

Rental occupancy is at the highest level in 30 years, and monthly rent rates are at record highs — and still rising at a sizable 3.5 percent annually.

A few things that have not changed in housing — the median age of buyers (31), sellers (54), and the share of multigenerational households buying (13 percent) are steady.

The market continues to be dominated by married couples who are seeing their household income increase. The share of single female buyers, while higher than male buyers, dropped to the lowest level in 14 years.

High-credit borrowers, those with FICO scores above 700, are almost entirely behind the surge in purchase applications. That’s been the new normal since the crash.

In fact, just 20 percent of purchase originations over the past three months have come from borrowers with credit scores below 700, the lowest level in more than a decade.

That should loosen more in 2016 as mortgage lenders loosen some underwriting guidelines. In fact, the picture for housing in 2016 is fairly rosy, at least according to the California Association of Realtors (CAR) President Chris Kutzkey.

“Solid job growth and favorable interest rates will drive a strong demand for housing next year,” said Kutzkey. “However, in regions where inventory is tight, such as the San Francisco Bay Area, sales growth could be limited by stiff market competition and diminishing housing affordability.

On the other hand, demand in less expensive areas such as Solano County, the Central Valley, and Riverside/San Bernardino areas will remain strong thanks to solid job growth in warehousing, transportation, logistics, and manufacturing in these areas.”

That picture is one that a lot of markets will be painting in 2016. Happy New Year!