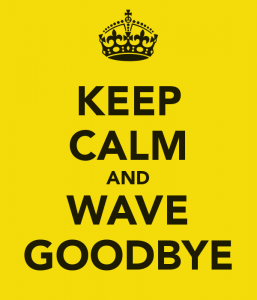 In a momentous decision Federal Reserve (called Fed in short) decided to stop buying mortgage and treasury bonds. After 6 years of doing so, Fed finally decided its time to put a stop on it.

So, how does it impact mortgage rates?

But, before that – lets get a little bit of History – shall we?

In October 2008, Fed decided to do something it had never done before. They announced that they would go into the market and buy a ton of bonds.

They wanted to drive the mortgage rates down, which would help the homeowners refinance and save some money. The saved money, it was assumed, would be used in buying other goods which will help boost the economy. The lower rate was also expected to spur home buying and get real estate market back on track.

It wasn’t a big surprise that they finally decided to wind down the bond purchase program. However, it does end a very interesting and “one-of-a-kind” chapter in the history of Federal reserve and US economy.

Get a live rate quote customized to your situation

The Reason Behind the Decision:

The Fed believes that economy is getting better.  The people who are actively looking for jobs are finding them more easily and the companies are spending more.

Though, they are not that bullish yet on housing recovery (if only they lived in Silicon Valley).

Bad news on those fronts is usually good news for mortgage rates i.e. they trend lower.

With bond purchase out of the equation, I expect rates to move up albeit gradually. Do not expect anything dramatic. So, I still don’t see the rates crossing 5% on an average 30 year fixed loan anytime soon.

If you were thinking of refinancing or buying a home, my advice will be to do that sooner than later. Yes, the rate increase in near future may not be substantial; but a higher rate is still a higher rate.

So, get one of the lowest rates in history while you can. Click here to get a live rate quote.