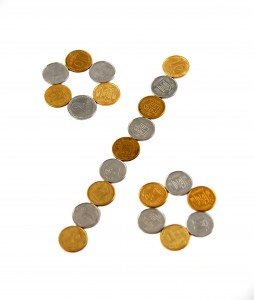 California Mortgage Rates for Refinance and Home Purchase loans are up .25% in 2 days and are hitting a 6 months high. On Tuesday, it was like as if the dam broke. After the rates have remained stable and under 4% for a solid 6 months – you could see it was coming.

Mortgage Backed Securities (MBS) were hit hard on Tuesday and by end of Wednesday they had fallen a dramatic 100+ basis points. Fall in MBS prices mean less demand for them and higher mortgage rates. For four months the MBS traded quietly in essentially a 15 basis point yield range with a few forays out of the range that lasted just a day or so. Much of the rationale for low rates is still there like the situation in Europe with Greece debts, the Fed constant comments that the US economy wasn on solid footing, and that the Fed would keep the FF rate at zero to +0.25% thru 2014. But these rationale has lessened. Putting it in perspective, interest rates were at 50 yr lows and were unlikely to decline much regardless of the momentary circumstances.

On Tuesday the dam broke. The trigger that started the run was two-fold; Feb retail sales were stronger than thought then in the afternoon the Fed policy statement was the preverbial straw. There was a growing thought that the Fed would launch another easing move to increase buying of treasuries and MBSs; the FOMC said no, not yet. The economic outlook according to the Fed had improved somewhat from the previous FOMC meeting. The stock market has continued to increase taking another support from the bond market.  Even though some correction (read increase in rates) were expected, what happened was too sudden and too steep.

Outlook for California Mortgage Rates – I believe rates will not increase too much from here. Will rates fall back to under 3.875% on a 30 Year Fixed? Not likely as long as Europe doesnt completely implode, and that isnt expected anytime soon. The Fed is committed to keeping rates low; but they don’t control day-to-day demand and trading of 10 year Treasury and Mortgage Backed Securities which ultimately controls 30 Year Fixed Mortgage Rates. But whatever happens, rest assured you will hear from me here.