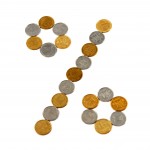 Both Freddie Mac and BankRate.com in its latest survey announced that the average 30 Year Fixed mortgage rates continue to be under 3.5%. While Freddie Mac reported a rate of 3.37% with 0.7 in points, BankRate.com reported 3.46%.

Per Freddie Mac, rates went down 3 basis points from last week while Bankrate.com rates actually went up from last week. In my own experience as a Loan Officer, I have seen rates going up from last week, so the Bankrate.com survey to me looks more accurate. Note that these surveys are for loan amounts under the conforming limit of $417,000. For conforming jumbo loans between $417,001 and $625,500, rates are usually .25% higher.

The rates continued to worsen today after the survey came out. 30 year mortgage rates are up about .125% in last 3 days. Easing of tensions in the EU with Spain’s debt rating re-affirmed by Moody’s that it is still investment grade debt and increasingly better data on the US economy – the two issues that have turned interest rates around. Even after the Fed’s commitment of buying $40 billion per month of Mortgage Backed Securities, the rates have been inching up after hitting the lowest levels 2 weeks back. The outlook on mortgage rates remain to be a tight one with the rate fluctuating in a .25% margin.

A good day to lock in a market like this is when on a certain day the rate improves. With 3 consecutive days of worsening of rates, that day might be just round the corner. If you are shopping mortgage rates in the states of Washington, Oregon or California, gives us a call so that we can quote you our best rates.