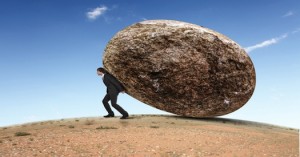 If you thought lending environment in 2013 was tough, think again. 2014 promises to get worse. Whether you are buying a new home or refinancing your current one, getting a mortgage will be stricter and more expensive.

Lets take a look at top 4 changes taking place in 2014 that promises to make life more difficult for you:

Qualified Mortgage (QM) Rule – Qualified Mortgage (QM) rule, also called Ability To Repay rule is part of implementing the Dodd-Frank act. QM rule implemented by Consumer Financial Protection Bureau (CFPB), is the first ever attempt at establishing a basic standard for qualifying borrowers for mortgage loans. Per the QM rule,  Debt-to-Income Ratio will be capped at 43% for all loans originated after January 1st, 2014. Currently the DTI is at 45% for most programs and in some cases even higher. That means borrowers will be able to qualify for smaller mortgages in 2014.

Loan Limit Reduction – While conventional loan limits have remained the same in 2014, FHA has slashed its loan limits. The impact will be seen the most in California, especially San Francisco Bay Area. The loan limits in the counties with highest real estate prices were $729,750 in 2013. That’s being reduced to $625,500. FHA with its flexible underwriting guidelines was the perfect choice for borrowers with not-so-perfect credit, assets or income. The reduction in loan limits will mean that those borrowers who were looking to get a loan between $625,500 and $729,750 and could only qualify for an FHA loan, will not be able to qualify anymore.

Hike in Guarantee Fees (G-Fees) – The guarantee fees, or G-fees, for mortgages guaranteed by Fannie and Freddie will increase an average of 11 basis points, according to the Federal Housing Finance Agency (FHFA). The fees, which are charged to cover potential losses by Fannie and Freddie, are being raised as part of an ongoing effort to lure private capital back into the mortgage market. The problem is that these fees always get passed on to the borrowers, making loans more expensive.

Fed’s Tapering of Bond Purchase – Mortgage rates have remained at the lowest levels in history, primarily because of Fed buying bonds and mortgage backed securities (MBS). Fed will most likely start tapering that bond purchase in early 2014. When that happens, expect the mortgage rates to spike. Just the news of tapering has increased the rates by almost 1% since the beginning of the year.

Read more about Fed’s QE in a blog post that I wrote in November 2010.

Implementation of all these rules/guidelines will not mean end of the world, but it could mean lesser borrowing powers and more expensive loans.