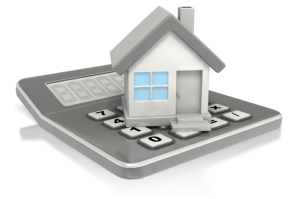 If you wait till you see the first robin, spring’ll be over. And well, spring is over, but we’re not in the dead of winter yet, either,billionaire investor, Warren Buffet said in a recent interview on CNBC while being queried on the housing market and investing.

Realtors who have been around the cyclical block a few times like to say that by the time you read about a market turning around in the media, it has been that way for at least two months, giving credence to Buffets robin analogy.

According to the National Association of REALTORS in a recent Rismedia post, pending home sales are on an upward trend, which has been uneven, but meaningful since reaching a cyclical low last April and are well above a year ago.

Lawrence Yun, NAR Chief Economist, says this is a hopeful indicator going in the spring home-buying season. Given more favorable housing market conditions, the trend in contract activity implies we are on track for a more meaningful sales gain this year. With a sustained downtrend of unsold inventory, this would bring about a broad price stabilization or even modest price growth, of course with local variations.

The market is already changing in some metro areas to a sellers market according to numerous Realtors and lenders commenting on trends in their housing markets on various real estate forums on Facebook and LinkedIn. I’m seeing a lot of activity in my market. SW Michigan is heating up! Morgot Hornblower, a lender commented. Christopher Mudloff, a Lender in Florida area, says, We still have areas here bouncing off the bottom, with some showing signs of improvement. Locally in the SF Bay Area, San Jose Realtor, C.J. Brasiel says, There is definitely pent up demand in the South Bay and we are seeing more multiple offers.

To add fuel to the fire on the good news about the housing market, Yun states, Movements in the index have been uneven, reflecting headwinds of tight credit, but job gains, high affordability and rising rents are hopefully pushing the market into what appears to be a sustained housing recovery-which, he says will significantly reduce the number of homeowners who are underwater.

Warren Buffet recently stated in his interview with CNBC,If I knew where I was going to want to live for the next five or 10 years, I would buy a home and I’d finance it with a 30-year mortgage, and it’s a terrific deal. And literally, if I was an investor that was a handy type, which I’m not, and I could buy a couple of them at distressed prices and find renters, and take a 30-year mortgage, it’s a leveraged way of owning a very cheap asset now and I think that’s probably as an attractive an investment as you can make now.

Getting pre-approved for a mortgage is the first step towards home ownership. Take advantage of low interest rates and contact our team today to put you on the road to home ownership. This post should help you get started: