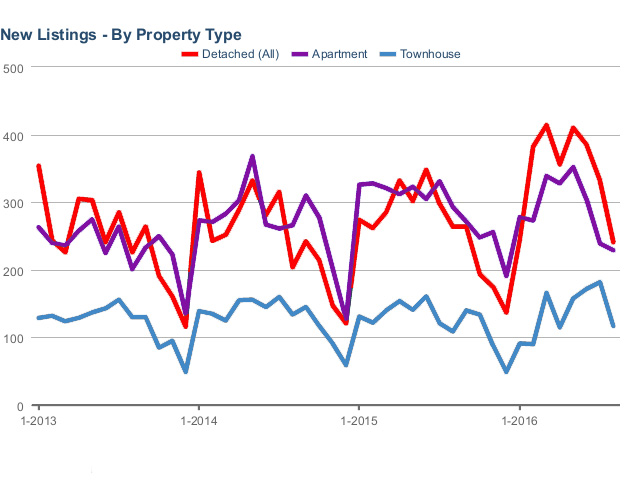 Like most, we start our next year housing hypothesis late-summer of the prior year. With 16+ months of 2016 housing and mortgage prognostication in the books – I’m feeling more and more like a broken record.

Get Pre-Approved to buy a Home

So, let’s see if this is yet another inventory post shall we?

Spoiler Alert – yep, it is more inventory although with a twist that we’ve been predicting and wanting since early 2015 – more single-family homes!

Construction starts totaled 783,000 for single-family houses in September, an 8.1 percent gain from the August 724,000 housing starts and a 5.4 percent change from September 2015.

BUT, the big twist is that multi-family construction starts declined by 38.9 percent from August to a 250,000-unit pace, 42.5 percent below starts a year earlier. Say what?

Get A Rate Quote
Get Pre Approved
September housing permits were 8.5 percent higher than this time last year  August permits were revised upward from the 1,139,000 originally reported, which represented a fractional 0.4 percent decline from July, to 1,152,000

Completions fell by 25.8 percent and 20.7 percent. Hmmm, did we hit a whammy? Possibly, the lack of skilled labor we’ve discussed many times?

Laying a foundation, framing, standard masonry,  installing sheetrock and flooring take skill – do not get me wrong – but not as much as custom cabinetry, intricate tile work and advanced landscaping techniques.

The Housing Market Index (HMI) measures new home builder confidence sits at 63 which is a strong number. Maybe they have the skilled labor shortage under control? Or think the do?

Enough about construction, let’s see how those numbers play with existing home sales – how’d they do? 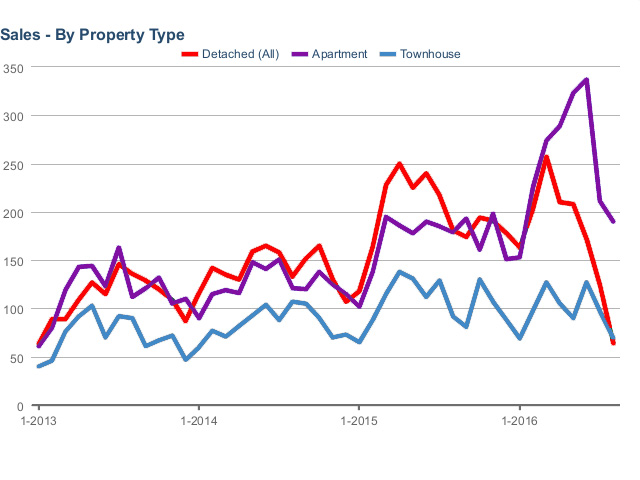 Total existing-home sales, which are completed transactions that include single-family homes, townhomes, condominiums and co-ops, dropped 0.9 percent to a seasonally adjusted annual rate of 5.33 million in August.

After last month’s decline, sales are at their second-lowest pace of 2016, but are still slightly higher (0.8 percent) than a year ago (5.29 million). I’ll let Lawrence Yun complain about the inventory since I’m sure you’re tired of hearing it from me. Hit it Larry:

Lawrence Yun, NAR chief economist, said “Healthy labor markets in most the country should be creating a sustained demand for home purchases,” but…

“However, there’s no question that after peaking in June, sales in a majority of the country have inched backwards because inventory isn’t picking up to tame price growth and replace what’s being quickly sold.”

Total housing inventory fell 3.3 percent to 2.04 million existing homes available, and is 10.1 percent lower than a year ago (2.27 million).

Inventory has declined year-over-year for 15 straight months. We currently sit at a measly 4.6-month supply which is down from 4.7 months in July.

Get live rate quote customized for you

Get Pre-Approved and Buy a Home like a Cash Buyer