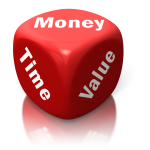 Whatever the outcome of the presidential election on Nov. 6, the next Congress and president will face a pile of unfinished tax business. Some of this stuff has been lying around since 2010, and dealing with it can’t be postponed much longer — just ask the beleaguered Internal Revenue Service personnel who can’t get any closure on what the 2012 tax forms will look like. Here’s the story on the most important unresolved personal tax issues — complete with fearless predictions.

Payroll Tax Holiday For 2012: the so-called payroll tax holiday cuts the Social Security tax rate on salaries and self- employment income by 2%. The maximum tax-saving benefit for one person is $2,202 (2% x this year’s $110,100 Social Security tax ceiling on salary and self-employment income). A working couple could potentially save twice as much (up to $4,404). But the holiday is scheduled to end when the big ball comes down at Times Square. Next year’s Social Security tax ceiling will be $113,700, so the maximum tax savings from extending the holiday through 2013 would be slightly bigger.

Prediction: Don’t be surprised if the holiday gets extended, regardless of who wins the election. Would that be harmful to Social Security’s long-term solvency? Of course. But leaving more cash in the hands of recession-battered consumers for one more year might take precedence.

Prediction: The existing 10%, 15%, 25% and 28% brackets will be retained at least through next year regardless of the election outcome. What happens to the top two brackets depends on the election.

Prediction: The current preferential tax rates on capital gains and dividends will be extended through next year for everybody except those “rich folks” in the top two brackets. If Barack Obama wins, they might have to pay higher rates. Not so if former Massachusetts Gov. Mitt Romney wins and the Republicans retain the House.

Harsher Marriage Penalty: The Bush tax cuts include several provisions to ease the so-called marriage penalty. The penalty can cause a married couple to pay more in taxes than when they were single, which has never made any sense. Right now, the bottom two tax brackets for married joint-filing couples are exactly twice as wide as for singles. This helps keep the marriage penalty from biting lower and middle-income couples. Starting next year, however, the joint-filer tax brackets are scheduled to contract, causing higher tax bills for many folks. Currently, the standard deduction for married joint-filing couples is double the amount for singles. But beginning next year, the joint-filer standard deduction will fall back to about 167% of the amount for singles.

Prediction: Because lots of middle-income income couples would face higher 2013 tax bills due to a harsher marriage penalty, the current more-taxpayer-friendly deal will be extended, regardless of who wins the election.

Personal Exemption and Itemized Deduction Phase-Outs For 2010-2012: these unfavorable rules were themselves phased out, but they will come back with a vengeance starting next year unless changes are made.

Prediction: If Romney wins and the Republicans retain the House, the phase-out rules will stay away. If Obama wins, these stealth tax increases will probably be back–to the detriment of higher-income taxpayers.

Alternative Minimum Tax Patch: It’s become an annual ritual for Congress to “patch” the AMT rules to prevent millions more households from getting socked with this add-on tax. The patch job consists of allowing bigger AMT exemptions and allowing various personal tax credits to offset the AMT. However, we are still waiting for this year’s patch. Without it, lots of taxpayers will be unhappy early next year when their 2012 returns are ready to be filed.

Prediction: This year’s patch will be affixed in the post-election lame duck Congressional session regardless of who wins the election. If Romney wins and the Republicans retain the House, the AMT might be history after this year.

Estate Tax: For those who pass away this year, we have a relatively generous $5.12 million federal estate tax exemption. Estates worth less than that figure will owe nothing to the government. Estates worth more will owe a flat 35% tax on the excess. Next year, however, the estate tax exemption is scheduled to plummet to only $1 million, and the maximum tax rate is scheduled to rise to 55%. That’s pretty alarming when you remember that the value of your estate for tax purposes includes all your assets plus proceeds from insurance policies on your own life (unless you’ve set things up so you’re not considered to own the policies). So as things now stand, the estate tax would pummel the heirs of lots of decidedly not-so-wealthy people who happen to die next year instead of this year.

Prediction: Regardless of the election outcome, the 2013 estate tax exemption will be somewhere in the $3 million to $5 million range, and the maximum tax rate will be somewhere between 35% and 45%. If Obama wins, this might be an over-optimistic forecast. If Romney wins and the Republicans retain the House, they will probably push to completely repeal the estate tax, starting next year. That would set up an epic political fight with a very uncertain outcome.

Gift Tax: Through the end of this year, the federal gift tax exemption is a relatively generous $5.12 million. Cumulative lifetime gifts in excess of that figure are taxed at a flat 35% rate. Next year, however, the exemption is scheduled to drop to only $1 million, and the maximum gift tax rate is scheduled to be 55%.

Prediction: The politicians will tie the gift and estate tax exemptions and rates together at levels that most folks will find acceptable (see above). Once again, if Obama wins, this might be an over-optimistic projection. If Romney wins and the Republicans retain the House, they will probably push to completely repeal the gift tax, starting next year.

This post is contributed by Sugu Aria, CPA. Its not meant to be a political commentary, but an unbiased opinion. Find out more about Sugu at http://suguariacpa.com/