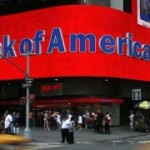 Bank of America continues to hit the headlines, unfortunately for all the wrong reasons. It all started late in 2011 when Bank of America decided to exit the Correspondent Lending business. Housing wire reported that Bank Of America was grappling with $1 trillion in soured mortgages and securities written prior to the 2008 acquisition of Countrywide Financial Corp. Even though the BofA spokesperson mentioned it was done to focus more on the “direct-to-consumer” channel.

Then earlier this year Bloomberg reported:

Bank of America’s retail channel has been unable to keep up with demand for borrowers wanting to refinance, thanks in part to HARP Phase II, which is beginning to roll out. Per the article, borrowers are being placed on a 90 day waiting list. “Bank of America is telling some customers who call during high volume periods of the day to make a reservation. And once they do that, it could take anywhere from 60 to 90 days just to hear back. Even then, it’s unclear how much longer it will take to apply for a refinance, get the loan underwritten, and finally get it funded.” And don’t forget that it stopped offering cash out refinances last month so if borrowers want to tap their home equity, they’ll either have to try a HELOC or go elsewhere.

But didn’t the Bank of America spokesperson say that the correspondent lending is being closed because they want to focus on the retail channel? So if being focussed means 60-90 days to return customer calls, imagine the service levels if they were a little less focussed! Click here to Get a HARP 2 rate quote now.

In my personal conversations with Real Estate Agents, the frustration with long turn times to close on a mortgage loan for their clients is evident. Internally, some of BofA loan officers are starting to refer to bank’s mortgage business as “The Titanic”. In fact, Origination News predicted that by end of this year Bank of America will drop down to 10th in the list of top mortgage origination companies in the country. Octavio Garduno, a Real Estate Agent with Coldwell Banker had to say this on Facebook about Bank of America pre-approvals (see image below)

They don’t seem to be doing that great even with other businesses. Wall Street Journal recently reported that their new fees plan for checking accounts is drawing a lot of fire both from customers and regulators.

I usually never bash my competition, at least publicly on my blog. But I think it’s my responsibility to bring the important lending news to you. As a reader to my posts you expect that on this site.

So if you have been a Bank of America mortgage customer and now looking for an option for your HARP 2 or other mortgage loans with better customer service levels – we are here for you. (A shameless plug you say?)