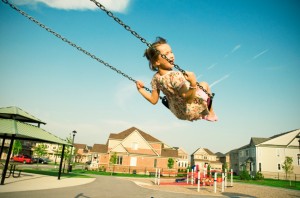 After years of a declining housing market and no solutions in sight, there are two terms that are making the light of day: Principal reduction and Underwater mortgage refinance.

As everyone knows, the housing recession began in 2007 when housing values started falling and homeowners could not sell their homes. Then people who were over their heads in mortgages they could not afford started defaulting on their loans. The rest is housing meltdown history. Now, five years later, it appears that a few members of the calvary are riding in with principal reductions and underwater mortgage refinance programs to save the day.

A principal reduction is when a bank agrees to reduce the balance on a mortgage whether on their own accord or through a company which does it as a business opportunity. Either way, the homeowner ends up owing less.

An underwater mortgage refinance is when a bank agrees to write down the mortgage interest rate, saving a homeowner money on their monthly mortgage.

Both of these tactics are being used to staunch the flow of foreclosures and short sales. Here are some recent news stories about principal reductions and underwater mortgage refinances that can help homeowners lower their monthly mortgage and stay in their homes:

* Bank of America has started sending letters to thousands of homeowners in the United States, offering to forgive a portion of the principal balance on their mortgages by an average of $150,000 each. These principle reductions come on the heels of the $25 billion nationwide settlement over alleged foreclosure abuses, which we wrote about in March,Interesting to note, however, that Bank of America is starting with loans that are already three months late AND for the principal reduction to take effect, the homeowner has to make three months of on-time loan payments.

* For California homeowners, the $2 billion received by the national settlement funded California’s mortgage payment assistance program, Keep Your Home California (KYHC) This week, the California Housing Finance Agency said that the federal government has authorized the expansion of two programs that help struggling California homeowners pay their mortgages. KYHC will enable more homeowners to qualify for the program. These changes are being implemented with the hope that more mortgage servicers will participate in the principal reduction program, one of the four programs offered by Keep Your Home California.

We have written extensively about the HARP 2.0 program, a recently released underwater mortgage refinance Federal program which helps homeowners refinance their mortgages. The Obama Administration government refinance assistance program designed to help home owners who mortgage is over 80% Loan to Value or upside down/underwater in value. The program is unique because it designed to help home owners who are current on their mortgage payment but have not been able to refinance into a lower rate and payment due to declining home values.

All of these programs are designed to get the country back to a healthy housing market and allow as many people as possible to keep their homes. If you have questions about the HARP 2.0 program, we have numerous resources for you.

Related Post – Complete Guide to Buying Your Next House After Short-sale, Foreclosure or Bankruptcy