On April 26th, The House of Representatives introduced new legislation that would provide the first time homebuyer tax credit of up to 10% of the purchase price, or $15,000. The move comes as a step forward in President Joe Biden’s proposal which he first announced back on the campaign trail in 2020. If the bill is passed, buyers will immediately have access to funds as they close.

To be eligible for the first time homebuyer tax credit, prospective buyers must not have owned or purchased a home within the last three years. They must also meet income limits of 160% or less of the median income of their area. The home purchased must also be at or below 110% of the median home price of their area. The proposed bill varies somewhat from similar legislation that has been passed in the past, such as President George W. Bush’s $7500 tax credit created in 2008. Rather than claiming the credit during tax season, the current bill creates a tax credit that is used at the time of purchase.

If passed, the bill will greatly open up the dream of homeownership to many across the country. It comes at a time when home prices have skyrocketed amid soaring demand and dwindling supply. The refundable tax credit proposed will especially increase homeownership among low and moderate-income families. Particularly, those from marginalized communities with low homeownership rates will benefit from the first time homebuyer tax credit. It can help combat the housing affordability crisis and can help bridge the gap and inequities in homeownership, wealth, and opportunity that exist between varying racial groups. 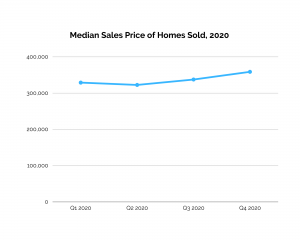 If you are a prospective homebuyer, the bill proposal comes as a bit of good news! If passed, it can make homeownership much more accessible. If you are looking to get started on your homebuying journey, get a quick rate quote today!