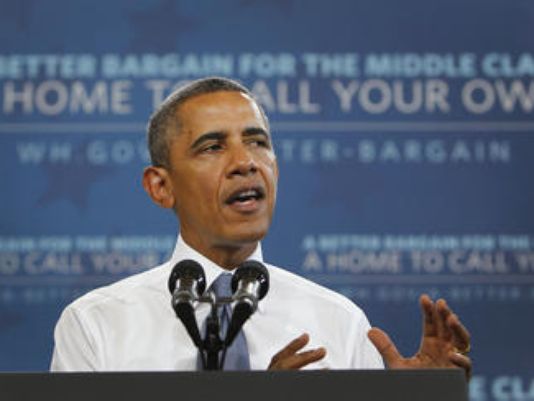 “This action will make homeownership more affordable for over two million Americans in the next three years.”

The reduction – from 1.35% to 0.85% – represents a continued focus on housing health by the Obama administration. It’s also damn fine news for would be spring home-shoppers who will reap the rewards of a significantly lower housing payment.

CoreLogic estimates the change will benefit FHA borrowers with an average of $80 per month, or $900 per year, in mortgage insurance premium savings. Nothing to scoff at for the average American homeowner.

President Obama announced the changes in a Phoenix, AZ speech on Thursday. He stated:

“We’re going to start this week laying out some of the agenda for the next year. And here in Phoenix, I want to talk about helping more families afford their piece of the American dream, and that is owning their own home,” Obama said during a visit to Arizona. “Buying a home’s always been about more than owning a roof and four walls. It’s about investing in savings and building a family and planting roots in a community.”

FHA mortgage loans are the predominant financing vehicle for both first-time buyers and “buy-again afters”.

The latter consists mostly of a swath of previous homeowners who suffered a major derogatory credit event –  like foreclosure, bankruptcy or short sale – during the housing crash and subsequent Great Recession.

FHA loans offer shorter mandatory waiting periods than their cousins at Fannie Mae and Freddie Mac. In other words they provide quicker re-entry into the housing market.

The White House on Thursday estimated more than 800,000 homeowners stand to save money on their monthly mortgage costs from the reduced premiums.

As many as 250,000 potential new entries into homeownership could be realized over the next three years as well.

Despite the welcomed reduction, FHA’s mortgage insurance premiums are still higher than they were at the tail-end of the Great Recession.

They initially were increased from 0.55% in 2010 to help the FHA recover losses suffered during the crash AND to meet Federally mandated capital reserve requirements to which FHA must adhere.

The Federal Reserve estimates that, despite the reduction, FHA’s capital reserves will increase from $7B to $10B over the next few years. A number in stark contrast to the dire warnings of some, who enjoy crying wolf, on Capitol Hill

The complete FHA premium reduction fact sheet can be found in the below table:

Get a rate quote to refinance a loan with FHA

The measures laid out only addressed FHA changes. They did not address Fannie Mae & Freddie Mac (GSE) fees.

Both have been forced to raise their guarantee fees twice in recent years. First in 2011, when Congress directed FHFA to increase fees by an average of 10 basis points, and again in 2012 when FHFA was pressured by Washington to add another 10 basis points.

The last fee increase happened despite the fact that Fannie and Freddie had soaring profits.

That said, there are hopes (or rumblings from some) that the GSE fees will also see a reduction in the near future. That remains to be seen though, so let’s celebrate small victories and look forward to a busy Spring buying season!

Note that the new FHA MI premiums are not effective immediately. Its for case numbers (typically the loan application date) assigned on or after January 26, 2015.

Make sure to get a low down on how FHA mortgage insurance premium work by reading this post.