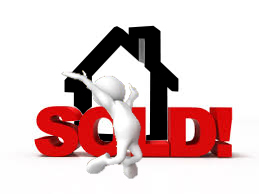 The end of the summer buying season brought good news for the housing market. After weaker than expected numbers in August, existing home sales numbers rebounded nicely in September.

Total existing–home sales, which are closed transactions that include single–family homes, townhomes and condominiums and, increased 4.7 percent to a seasonally adjusted annual rate of 5.55 million in September from a slightly downward revised 5.30 million in August, and are now 8.8 percent above a year ago (5.10 million).

The numbers continue the 12 consecutive months of gains that the housing market has experienced.

Lawrence Yun, NAR chief economist, says a slight moderation in home prices in some markets and mortgage rates remaining below 4 percent gave more households the confidence to close on a home last month.

“September home sales bounced back solidly after slowing in August and are now at their second highest pace since February 2007 (5.79 million),” he said. “While current price growth around 6 percent is still roughly double the pace of wages, affordability has slightly improved since the spring and is helping to keep demand at a strong and sustained pace.”

I’m not sure why Mr. Yun feels the need to spin affordability, because his comments make almost no sense. How can you improve housing affordability while outpacing wage growth by 2 to 1?

Part of the increase in turn time might be attributed to the new TRID disclosures rules that went into effect last month.  As mortgage lenders struggle to implement the sweeping reforms, the increase in time from application to close will no doubt be felt across the board.

GET A RATE QUOTE

All regions saw growth in September with the Northeast and the West coast seeing the biggest gains.

At some point, more new construction will have to be added in an expeditious manner to alleviate the inventory and affordability issues that are affecting many of the nation’s biggest housing markets.

California is especially feeling the inventory pinch as the state struggles to meet demand for housing units both existing and new.

Six percent of sales during the month were foreclosuresand 1 percent were short sales, the lowest percentage of short sales since NAR started tracking them in 2008.  Foreclosures sold for an average discount of 17 percent below market value in September while short sales were discounted 19 percent.