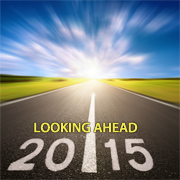 Mortgage industry had a torrid time in 2014.  The year was marked with huge decline in production volume, mass lay offs and several multi-million (or billion) penalty/lawsuits.

According to Mortgage Bankers Association (MBA), total loan production for 2014 was $1.1 trillion, down almost 40% from 2013 where it was $1.8 trillion. Purchase business surprisingly went down, but most of the decline came from refinance, where the production slipped almost 60% compared to 2013.

As we look ahead, I believe there are 5 things that will change for mortgage lending in 2015.

1. Higher Mortgage Rates: Against all predictions, mortgage rates actually dipped in 2014. Starting at 4.5%, 30 Year Fixed rates sunk to under 4% by the end of the year.

Chances of such a trend in 2015 is next to nothing.  The economy and job growth is on a stronger footing and the Fed is expected to increase its funding rate later this year.

Good news for economy is bad news for rates. Different industry associations and economists are forecasting a year end 30 Year Fixed rates between 4.5% and 5%.

Consumer Finance Protection Bureau (CFPB) is implementing these disclosures to make loan terms easier to understand for the borrowers. However, the “final” closing statement is supposed to be disclosed 3 business days in advance (the current rule is 1 day). This will cause closing delays.

Compare the old disclosures and new ones side by side

These loans are for primary residences only and subject to a maximum loan amount of $417,000. This provides a strong alternative to Federal Housing Administration (FHA) loans that allow a minimum down payment of 3.5%, but has expensive mortgage insurance requirements.

4. Higher Purchase Production: The refinance business was expected to go down in 2014 because of higher rates. The reduction in purchase volume as well (from $734 billion in 2013 to $635 billion in 2014), was a bit of a shocker.

The job market has shown sustained improvement in 2014; with robust monthly increases in both payroll jobs and job openings.
Strong job growth, coupled with still low mortgage rates, should translate to an increase in home sales and purchase originations in 2015.

Mortgage Bankers Association is predicting a purchase mortgage production of $731 billion in 2015.

5. Bigger Market Share for Smaller Brokers/Lenders: Wall Street Journal (WSJ) reported in 2014, that in the first half of 2014 non-bank lenders made almost a quarter of all loans originated. This was the highest since the financial crisis.

Smaller mortgage brokers and lenders typically have stronger connections with the community and real estate agents. In a market where refinance business is declining and purchase business is picking up, having such strong relationships work in their favor.

So, there you have it, My top 5 predictions/trends for 2015 for the mortgage industry.

I would be holding some seminars/webinars in coming months on item #2 (about the new disclosures). Send me an email, if you would like to be invited.

I am also open to talk at real estate boards, associations and offices on this topic. Reach out to me to schedule a presentation by emailing me at [email protected]