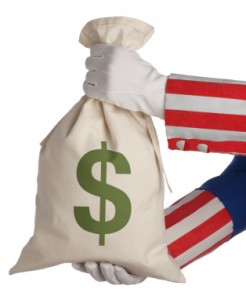 California Attorney General Kamala Harris may be a hero to many Californians struggling with their home loans after obtaining a $25 billion multi-state agreement with major banks over a document signing scandal.

The Mercury News broke this story recently about the agreement.

Of course, this news comes too late for many people who lost their homes during the downturn in the housing market, but there are provisions for restitution. Part of the “make it right” aspect of this agreement is to repair communities blighted by foreclosures.

* More than $12 billion in principal reductions or offers of short sales to about 250,000 California underwater homeowners or who are behind in their mortgage payments.

* $849 million for refinancing the loans of 28,000 homeowners who are current on their payments but underwater on their loans.

* $1.1 billion for payment forbearance and transition assistance to unemployed homeowners, and assistance to communities to repair neighborhoods blighted by 16,000 recent foreclosures.

* 3.5 billion in relief to 32,000 homeowners with unpaid balances when their homes are foreclosed.

California counties hit hardest with foreclosures are the counties that this funding will be dispersed to: Los Angeles, Riverside, San Bernadino, Sacramento and Stanislaus County.

Funds will be coming to the Bay Area, as well, as reported on SF Gate:

Homeowners in the nine-county Bay Area are due to split $3.1 billion of the $18 billion to be distributed statewide.

For additional details on the settlement, including how homeowners can apply for relief, go to www.oag.ca.gov

In 60 Seconds Find out if you qualify for California HARP Refinance – An Obama government mortgage refinancing program for Underwater and Upside Down Homeowners.