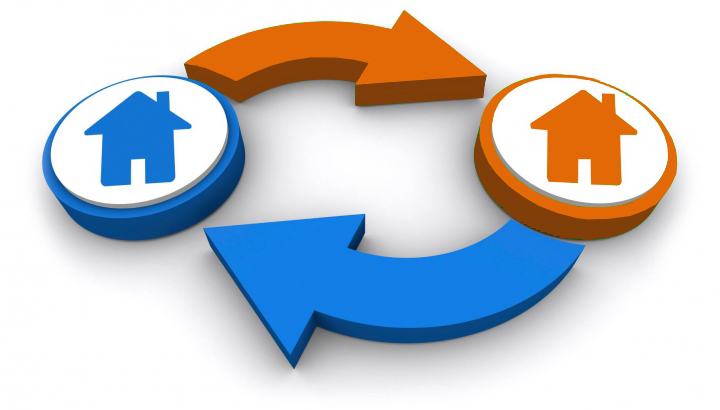 During the height of the financial chaos and housing meltdown, Fannie Mae and Freddie Mac made some sweeping changes for current homeowners looking to buy a different home.

Coined the “departure residence” – or “principal residence conversion –  by Fannie Mae and Freddie Mac, the set of rules and guidelines put in place in early 2009 that prevented throngs of would be home buyers from making the jump.

A mere 7 years later, both Fannie Mae and Freddie Mac have finally decided to ditch their “temporary” and cumbersome departure residence guidelines for something more reasonable.

Something which no longer punishes responsible homeowners or prevents them from making a housing swap that they’ve wanted to make for years.

Doors are opening up for many would-be buyers, you might just be one of them. If you were thwarted from 2009 to 2014 by any of these guidelines you’ll probably want to read on and see if new doors are opening that can change your previous fate.

Principal residence conversion – aka “departure residence” – guidelines were intended to be temporary. A way that Fannie and Freddie could combat “buy and bail” buyers who ditched their old home the minute they closed on the new one.

Here are the old rules:

Obviously, the kicker of those three primary rules was the equity requirement. Housing values had plummeted. Homeowners far and wide were lucky if they were not underwater, 30% equity was a distant memory and seemingly a pipe-dream for lots of Americans.

There was another kicker in that rule set  though. It also caused much consternation throughout the real estate world. It didn’t always kill your deal, but it certainly added a challenging timing component to your closing.

You had to actually close – title changes hands, closing docs signed, fully done deal – your current residence before the debt could be eliminated from your debt-to-income ratio.

That caused qualification problems sometimes, but it mostly created a logistical nightmare for the real estate and mortgage pros. Now, in addition to juggling their transaction, they also need to stay in the loop on another.

Typically, each transaction had an entirely different set of real estate agents and mortgage lenders. One closing was hard enough in 2009, but now you needed to carefully time two.

Relief, sweet relief, has finally come our housing world though. New rules are in effect.

The new Fannie and Freddie guidance eliminated the biggest thorn – the 30% equity requirement.

Despite the fact home values are going up and have returned to levels that are similar to 2006 and 2007, many homeowners still can’t meet the 30% equity requirement.

Thankfully, they don’t have to anymore.

More importantly for homebuyers that have their current residence under contract to sell are no longer required  to close that transaction prior to closing your new one.

If your current principal residence is pending sale your mortgage lender can now use an executed purchase contract, that has seasoned past the financing contingency date, to eliminate that current mortgage payment from your qualification scenario.

Agents, borrowers and mortgage lenders breathed a universal sigh of relief when that wonderful news hit the wire.

So, once thwarted home buyer, be thwarted no more.

Whether you’re a move-up buyer, scale-down empty nester, parent seeking better schools, a working family sick of your long commutes, or baby boomers seeking life away from the drudgery of the ‘burbs and closer to the action of the city – the door is finally open.
Walk through it and you might just be able to make that long-awaited move afterall.