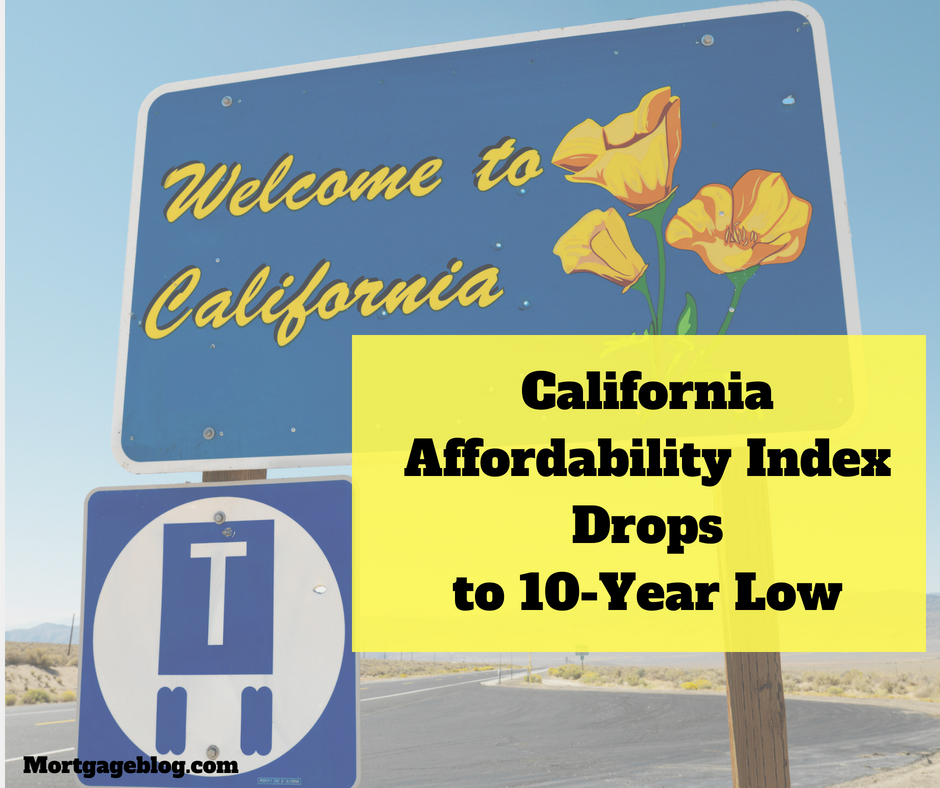 Are California homebuyers getting squeezed out of the state?

In early August, the California Association of Realtors (CAR) released its’ housing affordability index for the second quarter of 2018. The major takeaway offered by CAR in the report is that the combination of increasing housing prices and rising mortgage rates have reduced the home buying affordability in the state to the lowest level in 10-years.

In the first quarter of the year, 31% of California homebuyers could afford a home in the state, but by the end of the second quarter, it fell to 26% of all Californians, according to CAR’s Traditional Housing Affordability Index (HAI). This is even a reduction from the second quarter of 2017, which came in at 29%. 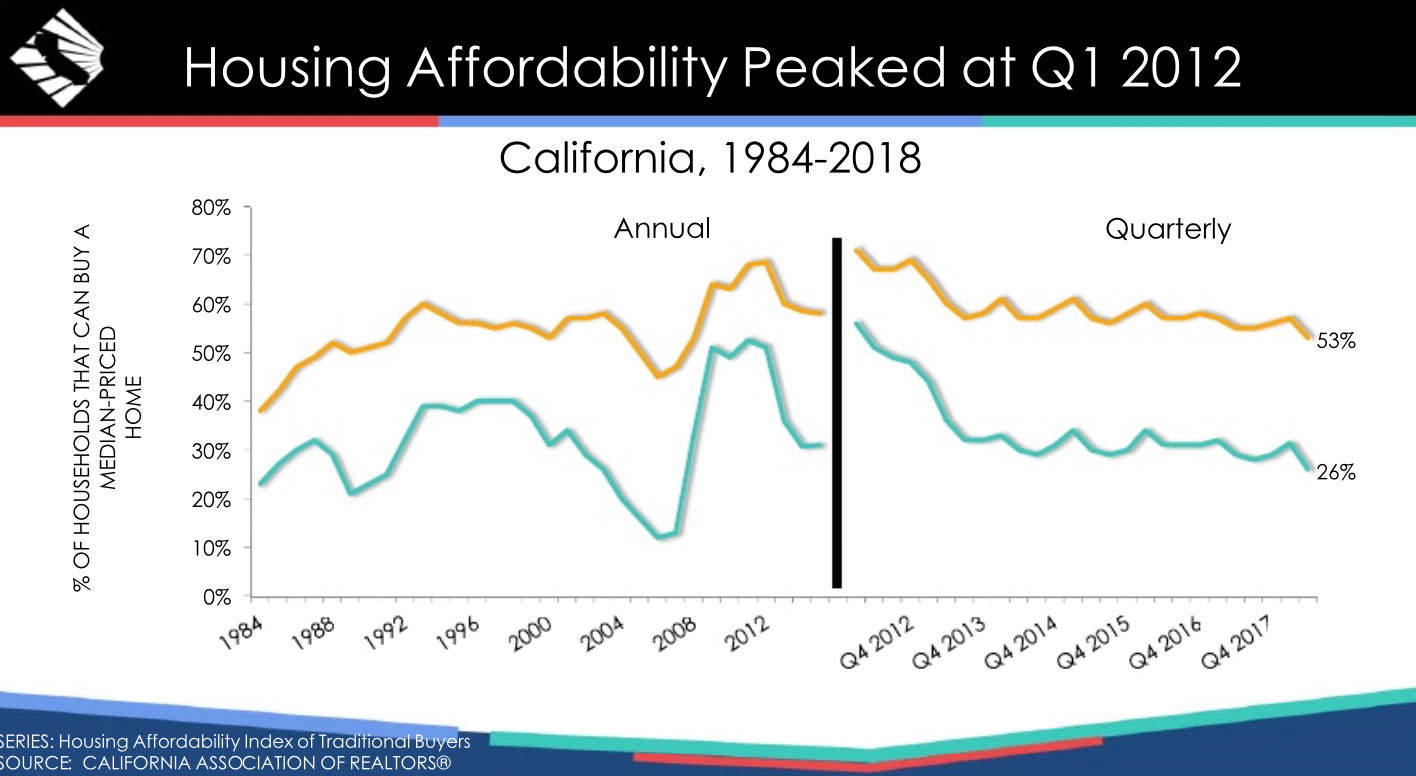 CAR’s HAI report has shown 21 consecutive quarters of the index falling below 40%, after reaching a high of 56% in the second quarter of 2012. According to CAR, the index measures the percentage of all households that can afford to purchase a median-priced ($596,730) single-family home in California and is considered “the most fundamental measure of housing well-being for home buyers in the state.”

How does that translate into your monthly mortgage payment (including taxes and insurance) and the income you would need to qualify if you purchase a home at California’s median price of $596,730? With a 20% downpayment on that purchase price and a 30-Year fixed rate loan averaging 4.7%, the full payment would be $3,160/month and you would need an annual income of $126,490 to qualify.

On a regional level, among the San Francisco Bay Area counties, both San Francisco and Marin counties improved from 2017. This is attributable to the increase in wages. At the same time, affordability fell in Alameda, Contra Costa, Santa Clara, Solano, and Sonoma and held steady in Napa and San Mateo counties. 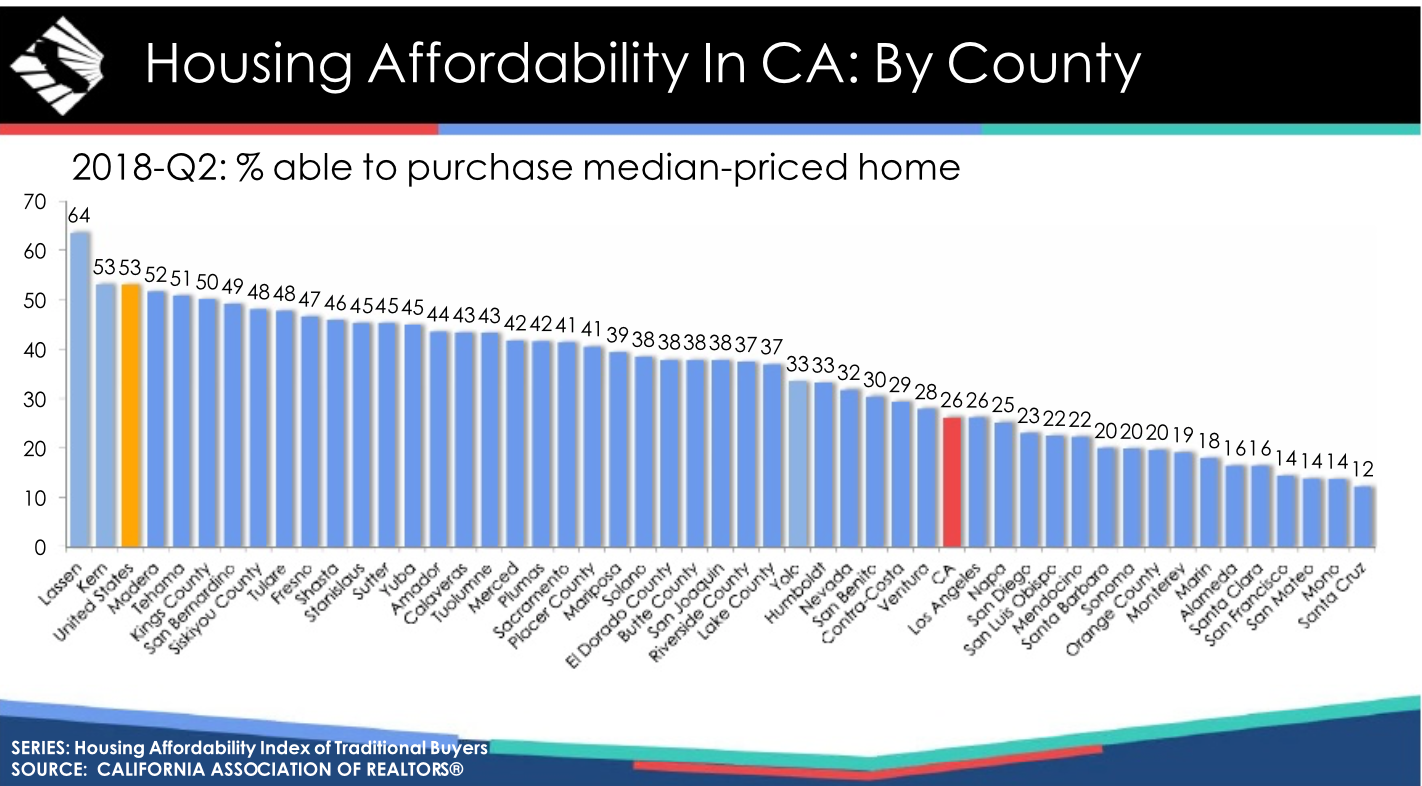 The median home price in the San Francisco Bay Area’s most expensive counties are (not in order): 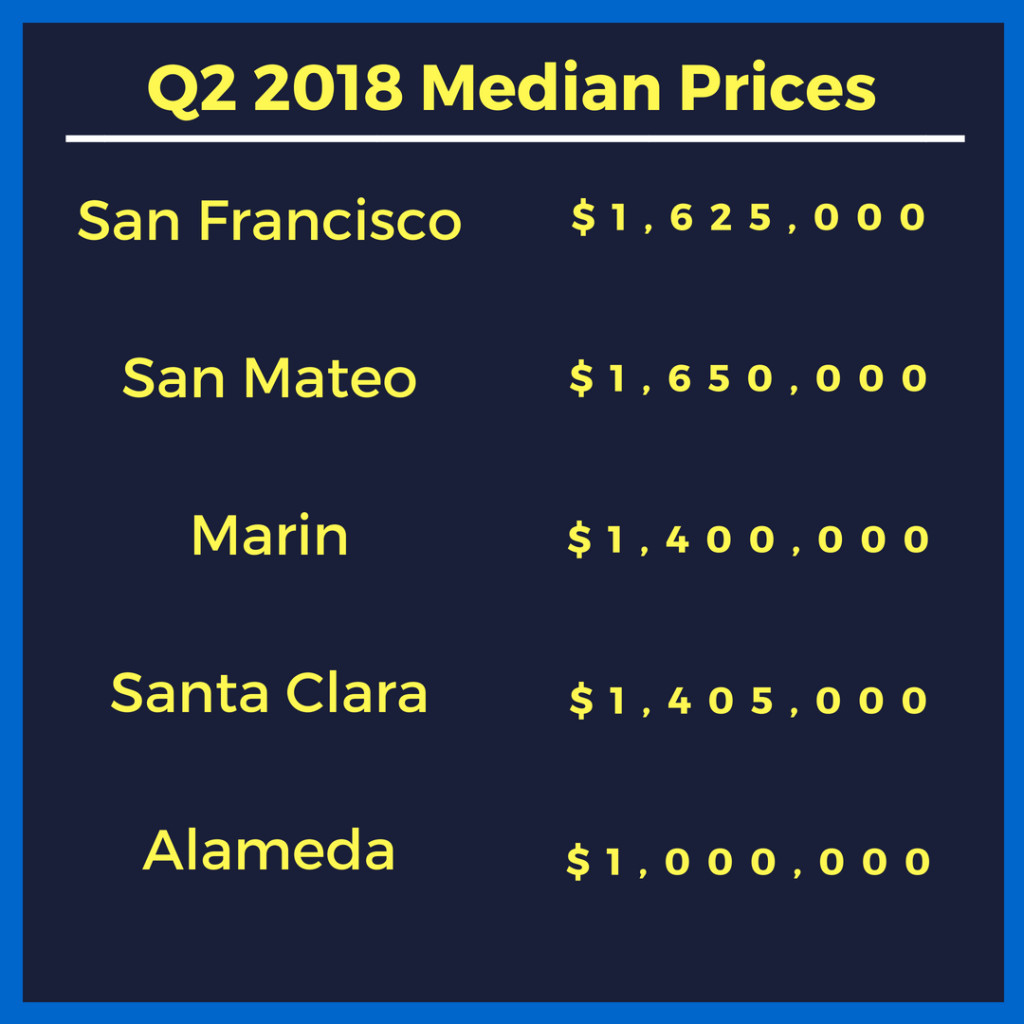 You can read the full HAI report on CAR’s website, here.